We cover different topics in different tutorials but that doesn’t mean that they are not related. In fact, it is very important to note that all of the different topics related to mechanics (forces, mechanical energy, momentum, rectilinear motion) actually form a consistent picture of the same physical system. There have been examples where we’ve shown the same results using two methods, for example determining speed or velocity using equations of motion or conservation of mechanical energy. Learning about work will help us tie everything we’ve learnt about previously together.

Work will allow us to connect energy transfer to forces, which we have already linked to momentum and the equations of motion. When a force tends to act in or against the direction of motion of an object we say that the force is doing work on the object. Specifically, work is defined mathematically in terms of the force and the displacement of the object.

When a force acts in or against the direction of motion of an object, work is done on the object.

This means that in order for work to be done, an object must have its position changed by an amount \(\Delta \vec{x}\) while a force, \(\vec{F}\), is acting on it such that there is some non-zero component of the force in the direction of the displacement. Work is calculated as:

Let us look at some examples to understand this properly. In the images below the grey dot represents an object. A force, \(\vec{F}\), acts on the object. The object moves through a displacement, \(\Delta \vec{x}\). What is the sign of the work done in each case?

At \(\theta>90^\circ\) the magnitude of the component of the force along the line of the displacement is opposite in direction to the displacement so negative work is done, \(\cos\theta < 0\). 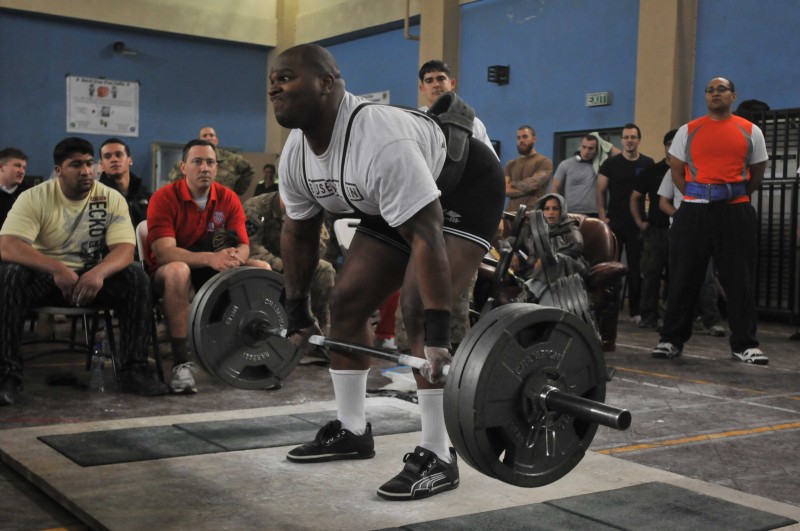 A powerlifter deadlifts a weight. 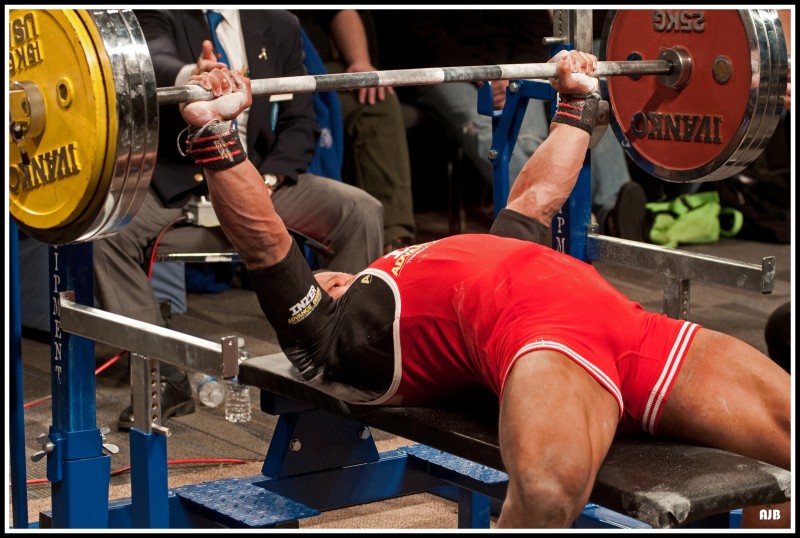 A powerlifter benchpresses a weight.

Weight lifting is a good context in which to think about work because it helps to identify misconceptions introduced by everyday use of the term `work’. In the two cases in the figure above everyone would describe moving the weights upwards as very hard work. From a physics perspective, as the powerlifters lift the weight they are exerting a force in the direction of the displacement so positive work is done on the weights.

Consider the strongman walking in the figure below. He carries two very heavy sleds as far as he can in a competition. What work is the man doing on the sleds and why? 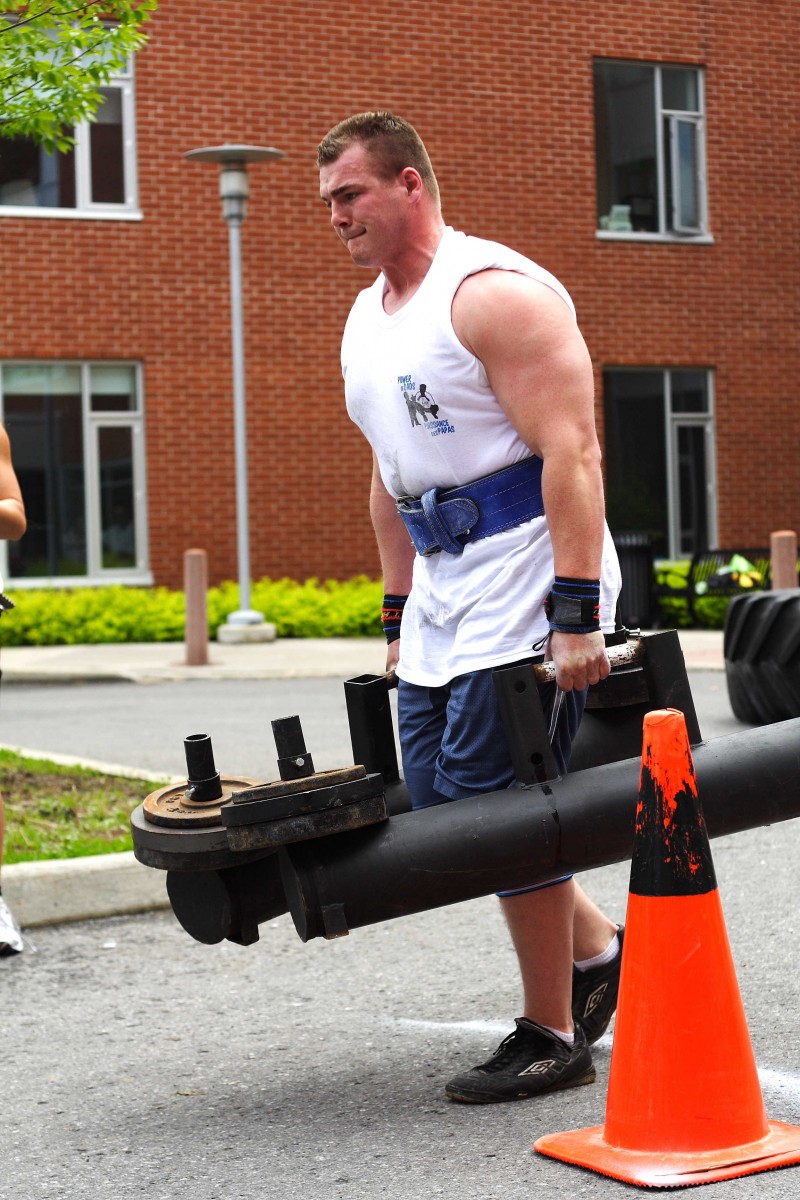 A strongman carries heavy sleds as far as possible in a competition.

Most people would say he is working very hard because the sleds are heavy to carry but from a physics perspective he is doing no work on the sleds. The reason that he does no work is because the force he exerts is directly upwards to balance the force of gravity and the displacement is in the horizontal direction. Therefore there is no component of the force in the direction of displacement (\(\theta=90^\circ\)) and no work done.

His muscles do need to use their energy reserves to maintain the force to balance gravity. That does not result in energy transfer to the sleds.

This article has been modified from "Work, by Siyavula, Physical Sciences Grade 10, CC BY 4.0. Download the book for free at Siyavula.

This is a lesson from the tutorial, Work, Energy and Power and you are encouraged to log in or register, so that you can track your progress.