The most important ores of copper contain copper sulfides (such as covellite, CuS), although copper oxides (such as tenorite, CuO) and copper hydroxycarbonates [such as malachite, Cu2(OH)2CO3] are sometimes found. In the production of copper metal, the concentrated sulfide ore is roasted to remove part of the sulfur as sulfur dioxide.

The remaining mixture, which consists of Cu2S, FeS, FeO, and SiO2, is mixed with limestone, which serves as a flux (a material that aids in the removal of impurities), and heated. Molten slag forms as the iron and silica are removed by Lewis acid-base reactions:

In these reactions, the silicon dioxide behaves as a Lewis acid, which accepts a pair of electrons from the Lewis base (the oxide ion).

Reduction of the Cu2S that remains after smelting is accomplished by blowing air through the molten material. The air converts part of the Cu2S into Cu2O. As soon as copper(I) oxide is formed, it is reduced by the remaining copper(I) sulfide to metallic copper:

The copper obtained in this way is called blister copper because of its characteristic appearance, which is due to the air blisters it contains (see the figure below). This impure copper is cast into large plates, which are used as anodes in the electrolytic refining of the metal (which is described in the tutorial on electrochemistry). 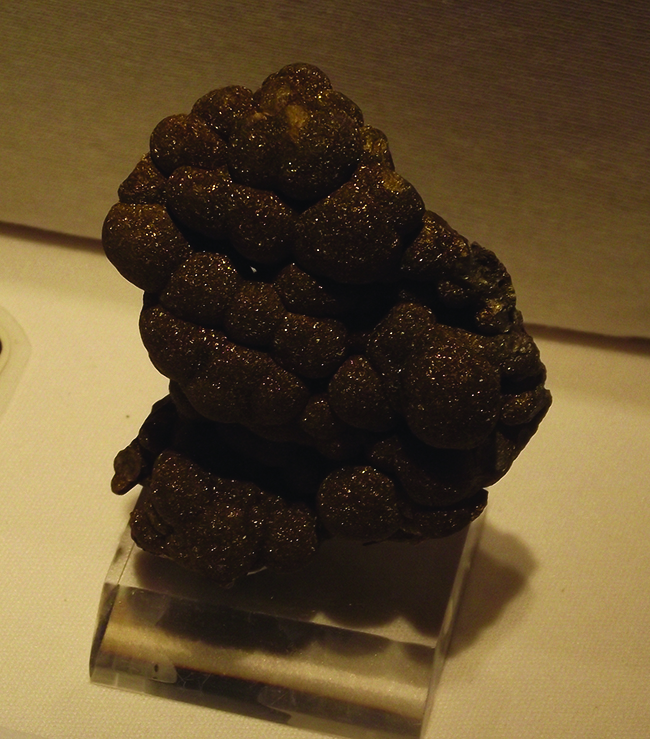