The short-run period in production is the period when some inputs are fixed and others are variable. The firm will incur fixed costs on the fixed inputs and variable costs on the variable inputs.

Table 9.1 is a hypothetical short-run costs schedule. Column 1 represents the quantities of output produced (Q). Column 2 depicts TFC, which is constant. It is ₦800 at every level of output. Column 3 shows TVC increasing from ₦0 to ₦3400. Column 4 depicts TC (TFC + TVC) which also increases from ₦800 to ₦4200 as output increases from 0 to 10 units and AFC declines from ₦800 to ₦80. Columns 6, 7 and 8 show AVC, ATC and MC respectively. All of these three curves initially decline to a minimum before rising again. For instance, MC initially declines from ₦600 (when output is 1 unit) to a minimum of ₦100 (when output is 5 units) before rising again to ₦600 at an output level of 10 units. 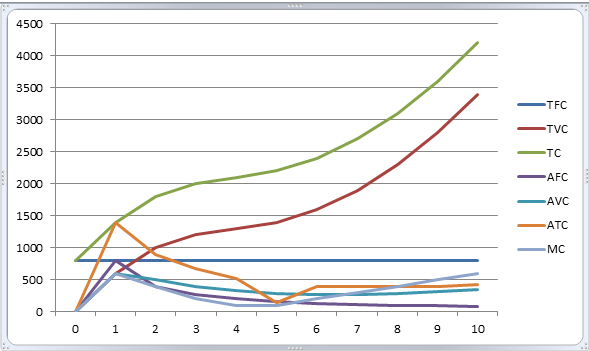 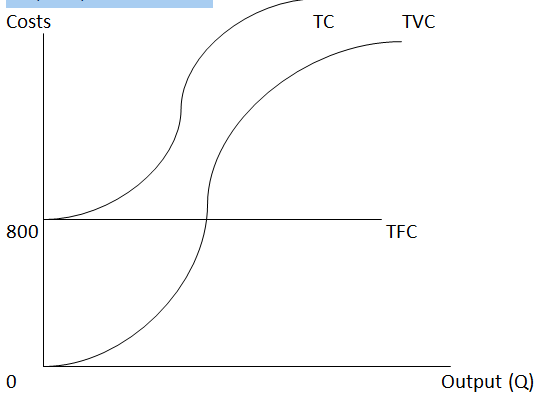 Fig. 9.2 plots total product or output (Q) on the horizontal axis against TFC, TVC, and TC on the vertical axis. The TFC curve is horizontal in nature and is parallel to the output axis. This indicates that TFC is insensitive to changes in the level of output in the short-run. TVC starts from the origin (meaning TVC is zero when nothing is produced) and increases as output rises. This is due to the fact that for any increase in output, there is the need to employ more variable factors in the short-run. TC is equal to TFC when the output level is zero and also increases with output because of the TVC’s effect on it. 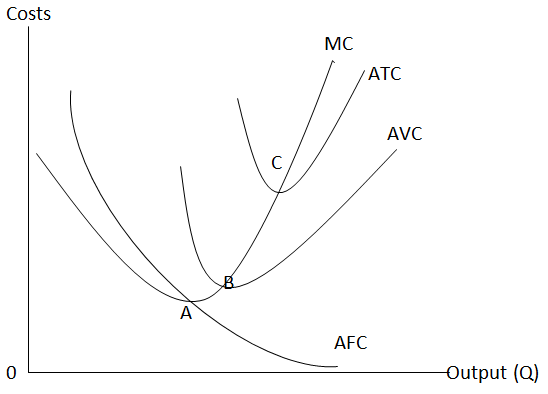 Fig. 9.3 shows the curves of AFC, AVC, ATC, and MC. The AFC curve is a rectangular hyperbola asymptotic to both axes. The AVC, ATC, and MC curves are all U-shaped. This shape is due to the fact that, at first, increases in Q result in decreasing AVC, ATC and MC, but beyond certain points, they increase with increases in output. The AVC and MC curves are U-shaped because of the law of diminishing returns to variable proportions. ATC can be obtained by adding AFC to AVC. For those levels of output where both AVC and AFC are falling, ATC must decrease.

This is a lesson from the tutorial, Theory of Costs and Revenue and you are encouraged to log in or register, so that you can track your progress.