Government » The American Bureaucracy » Toward a Merit-Based Civil Service

The general trend from the 1880s to today has been toward a civil service system that is increasingly based on merit. In this system, the large majority of jobs in individual bureaucracies are tied to the needs of the organization rather than to the political needs of the party bosses or political leaders. This purpose is reflected in the way civil service positions are advertised. A general civil service position announcement will describe the government agency or office seeking an employee, an explanation of what the agency or office does, an explanation of what the position requires, and a list of the knowledge, skills, and abilities, commonly referred to as KSAs, deemed especially important for fulfilling the role. A budget analyst position, for example, would include KSAs such as experience with automated financial systems, knowledge of budgetary regulations and policies, the ability to communicate orally, and demonstrated skills in budget administration, planning, and formulation. The merit system requires that a person be evaluated based on his or her ability to demonstrate KSAs that match those described or better. The individual who is hired should have better KSAs than the other applicants. 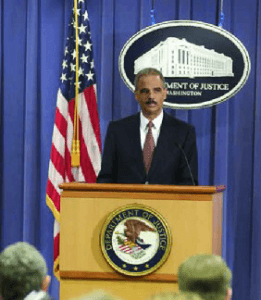 Many years ago, the merit system would have required all applicants to also test well on a civil service exam, as was stipulated by the Pendleton Act. This mandatory testing has since been abandoned, and now approximately eighty-five percent of all federal government jobs are filled through an examination of the applicant’s education, background, knowledge, skills, and abilities.

That would suggest that some 20 percent are filled through appointment and patronage. Among the first group, those hired based on merit, a small percentage still require that applicants take one of the several civil service exams. These are sometimes positions that require applicants to demonstrate broad critical thinking skills, such as foreign service jobs. More often these exams are required for positions demanding specific or technical knowledge, such as customs officials, air traffic controllers, and federal law enforcement officers. Additionally, new online tests are increasingly being used to screen the ever-growing pool of applicants.

Civil service exams currently test for skills applicable to clerical workers, postal service workers, military personnel, health and social workers, and accounting and engineering employees among others. Applicants with the highest scores on these tests are most likely to be hired for the desired position. Like all organizations, bureaucracies must make thoughtful investments in human capital. And even after hiring people, they must continue to train and develop them to reap the investment they make during the hiring process.

One of the significant advantages of the enormous modern U.S. bureaucracy is that many citizens find employment there to be an important source of income and meaning in their lives. Job opportunities exist in a number of different fields, from foreign service with the State Department to information and record clerking at all levels. Each position requires specific background, education, experience, and skills.

There are three general categories of work in the federal government: competitive service, excepted service, and senior executive service. Competitive service positions are closely regulated by Congress through the Office of Personnel Management to ensure they are filled in a fair way and the best applicant gets the job. Qualifications for these jobs include work history, education, and grades on civil service exams. Federal jobs in the excepted service category are exempt from these hiring restrictions. Either these jobs require a far more rigorous hiring process, such as is the case at the Central Intelligence Agency, or they call for very specific skills, such as in the Nuclear Regulatory Commission. Excepted service jobs allow employers to set their own pay rates and requirements. Finally, senior executive service positions are filled by men and women who are able to demonstrate their experience in executive positions. These are leadership positions, and applicants must demonstrate certain executive core qualifications (ECQs). These qualifications are leading change, being results-driven, demonstrating business acumen, and building better coalitions. 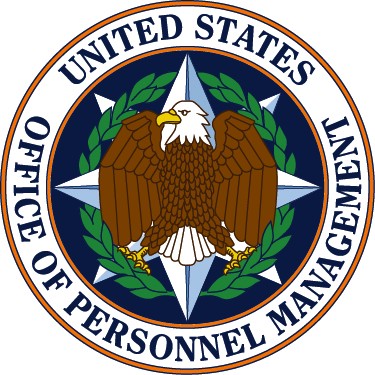 What might be the practical consequences of having these different job categories? Can you think of some specific positions you are familiar with and the categories they might be in?

Where once federal jobs would have been posted in post offices and newspapers, they are now posted online. The most common place aspiring civil servants look for jobs is on USAjobs.gov, a web-based platform offered by the Office of Personnel Management for agencies to find the right employees. Visit their website to see the types of jobs currently available in the U.S. bureaucracy.

Civil servants receive pay based on the U.S. Federal General Schedule. A pay schedule is a chart that shows salary ranges for different levels (grades) of positions vertically and for different ranks (steps) of seniority horizontally. The Pendleton Act of 1883 allowed for this type of pay schedule, but the modern version of the schedule emerged in the 1940s and was refined in the 1990s. The modern General Schedule includes fifteen grades, each with ten steps. The grades reflect the different required competencies, education standards, skills, and experiences for the various civil service positions. Grades GS-1 and GS-2 require very little education, experience, and skills and pay little. Grades GS-3 through GS-7 and GS-8 through GS-12 require ascending levels of education and pay increasingly more. Grades GS-13 through GS-15 require specific, specialized experience and education, and these job levels pay the most. When hired into a position at a specific grade, employees are typically paid at the first step of that grade, the lowest allowable pay. Over time, assuming they receive satisfactory assessment ratings, they will progress through the various levels. Many careers allow for the civil servants to ascend through the grades of the specific career as well.

The intention behind these hiring practices and structured pay systems is to create an environment in which those most likely to succeed are in fact those who are ultimately appointed. The systems almost naturally result in organizations composed of experts who dedicate their lives to their work and their agency. Equally important, however, are the drawbacks. The primary one is that permanent employees can become too independent of the elected leaders. While a degree of separation is intentional and desired, too much can result in bureaucracies that are insufficiently responsive to political change. Another downside is that the accepted expertise of individual bureaucrats can sometimes hide their own chauvinistic impulses. The merit system encouraged bureaucrats to turn to each other and their bureaucracies for support and stability. Severing the political ties common in the spoils system creates the potential for bureaucrats to steer actions toward their own preferences even if these contradict the designs of elected leaders.