Branches and Subdisciplines of Biology

The scope of biology is broad and therefore contains many branches and subdisciplines. Biologists may pursue one of those sub-disciplines and work in a more focused field. For instance, molecular biology and biochemistry study biological processes at the molecular and chemical level. This includes interactions among molecules such as DNA, RNA, and proteins, as well as the way they are regulated.

Microbiology, the study of microorganisms, is the study of the structure and function of single-celled organisms. It is quite a broad branch itself. Depending on the subject of study, there are also microbial physiologists, ecologists, and geneticists, among others.

Another field of biological study, neurobiology, studies the biology of the nervous system. Although we consider it to be a branch of biology, we also recognize it as an interdisciplinary field of study known as neuroscience. Because of its interdisciplinary nature, this subdiscipline studies different functions of the nervous system using molecular, cellular, developmental, medical, and computational approaches. 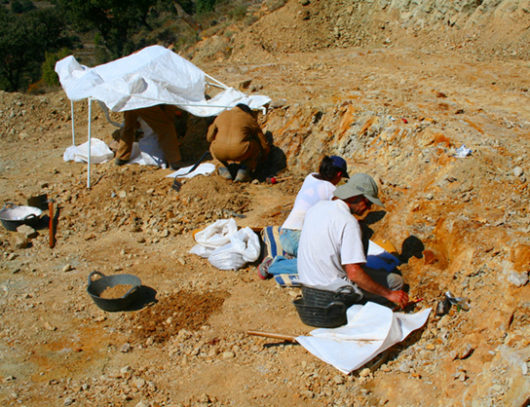 Paleontology, another branch of biology, uses fossils to study life’s history (see image above). Zoology and botany are the study of animals and plants, respectively. Biologists can also specialize as biotechnologists, ecologists, or physiologists, to name just a few areas. This is just a small sample of the many fields that biologists can pursue.

Biology is the culmination of the achievements of the natural sciences from their inception to today. Excitingly, it is the cradle of emerging sciences, such as the biology of brain activity, genetic engineering of custom organisms, and the biology of evolution that uses the laboratory tools of molecular biology to retrace the earliest stages of life on earth.

A scan of news headlines—whether reporting on immunizations, a newly discovered species, sports doping, or a genetically-modified food—demonstrates the way biology is active in and important to our everyday world.

Forensic science is the application of science to answer questions related to the law. Biologists as well as chemists and biochemists can be forensic scientists. Forensic scientists provide scientific evidence for use in courts, and their job involves examining trace materials associated with crimes.

Interest in forensic science has increased in the last few years. This is possibly because of popular television shows that feature forensic scientists on the job. Also, the development of molecular techniques and the establishment of DNA databases have expanded the types of work that forensic scientists can do. 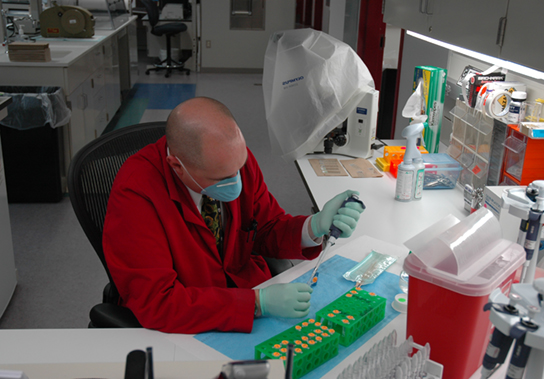 Their job activities are primarily related to crimes against people such as murder, rape, and assault. Their work involves analyzing samples such as hair, blood, and other body fluids and also processing DNA (see image above) found in many different environments and materials. Forensic scientists also analyze other biological evidence left at crime scenes, such as insect larvae or pollen grains. Students who want to pursue careers in forensic science will most likely need to take chemistry and biology courses as well as some intensive math courses.