Until recently, all photosynthetic eukaryotes were considered members of the kingdom Plantae. The brown, red, and gold algae, however, have been reassigned to the Protista kingdom. This is because apart from their ability to capture light energy and fix CO2, they lack many structural and biochemical traits that distinguish plants from protists. The position of green algae is more ambiguous.

The remaining green algae, which belong to a group called Chlorophyta, include more than 7000 different species that live in fresh or brackish water, in seawater, or in snow patches. A few green algae even survive on soil, provided it is covered by a thin film of moisture in which they can live. Periodic dry spells provide a selective advantage to algae that can survive water stress.

Some green algae may already be familiar, in particular Spirogyra and desmids. Their cells contain chloroplasts that display a dizzying variety of shapes, and their cell walls contain cellulose, as do land plants. Some green algae are single cells, such as Chlorella and Chlamydomonas, which adds to the ambiguity of green algae classification, because plants are multicellular. Other algae, like Ulva (commonly called sea lettuce), form colonies (see the figure below). 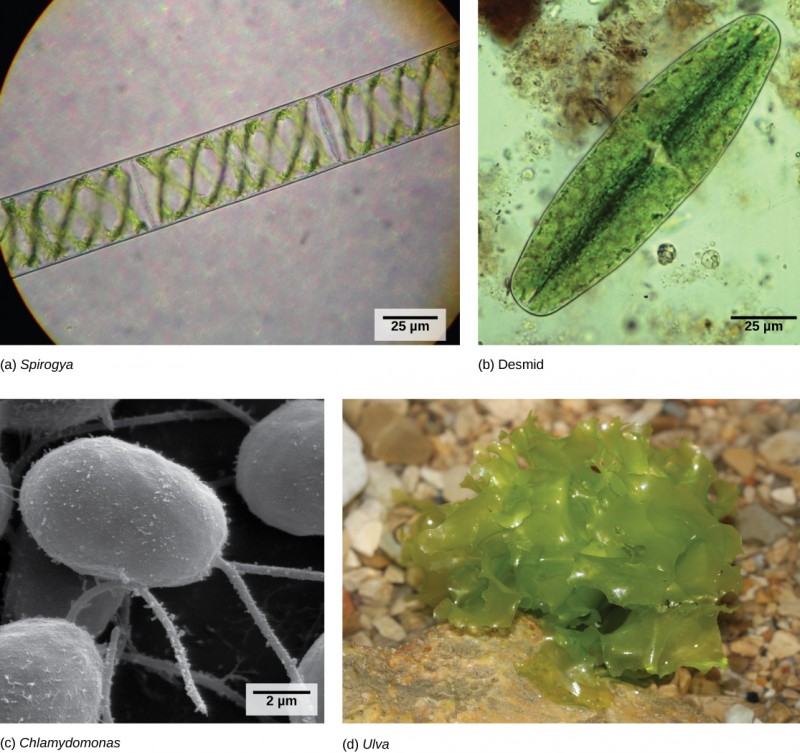 This is a lesson from the tutorial, Seedless Plants and you are encouraged to log in or register, so that you can track your progress.