Insect bodies have openings, called spiracles, along the thorax and abdomen. These openings connect to the tubular network, allowing oxygen to pass into the body (see the figure below) and regulating the diffusion of CO2 and water vapor. Air enters and leaves the tracheal system through the spiracles. Some insects can ventilate the tracheal system with body movements. 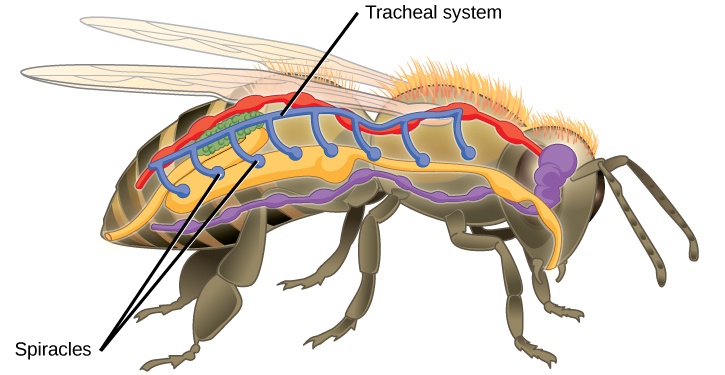