The air that organisms breathe contains particulate matter such as dust, dirt, viral particles, and bacteria that can damage the lungs or trigger allergic immune responses. The respiratory system contains several protective mechanisms to avoid problems or tissue damage. In the nasal cavity, hairs and mucus trap small particles, viruses, bacteria, dust, and dirt to prevent their entry.

In humans, for example, tar and other substances in cigarette smoke destroy or paralyze the cilia, making the removal of particles more difficult. In addition, smoking causes the lungs to produce more mucus, which the damaged cilia are not able to move. This causes a persistent cough, as the lungs try to rid themselves of particulate matter, and makes smokers more susceptible to respiratory ailments. 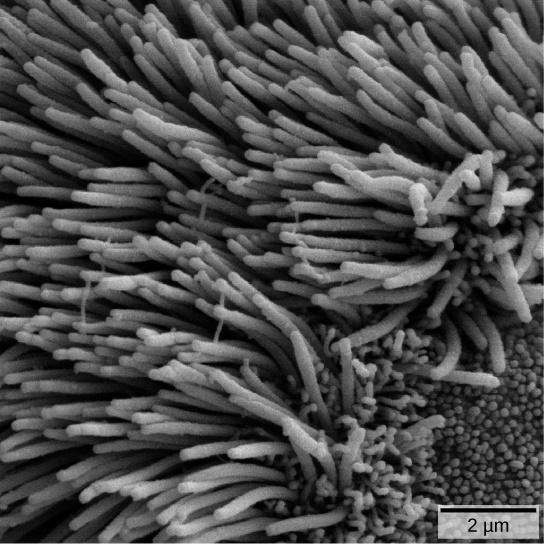 The bronchi and bronchioles contain cilia that help move mucus and other particles out of the lungs. (credit: Louisa Howard, modification of work by Dartmouth Electron Microscope Facility)