Asexual reproduction occurs in prokaryotic microorganisms (bacteria) and in some eukaryotic single-celled and multi-celled organisms. There are a number of ways that animals reproduce asexually.

Fission, also called binary fission, occurs in prokaryotic microorganisms and in some invertebrate, multi-celled organisms. After a period of growth, an organism splits into two separate organisms. Some unicellular eukaryotic organisms undergo binary fission by mitosis. In other organisms, part of the individual separates and forms a second individual. This process occurs, for example, in many asteroid echinoderms through splitting of the central disk. Some sea anemones and some coral polyps (see the figure below) also reproduce through fission. 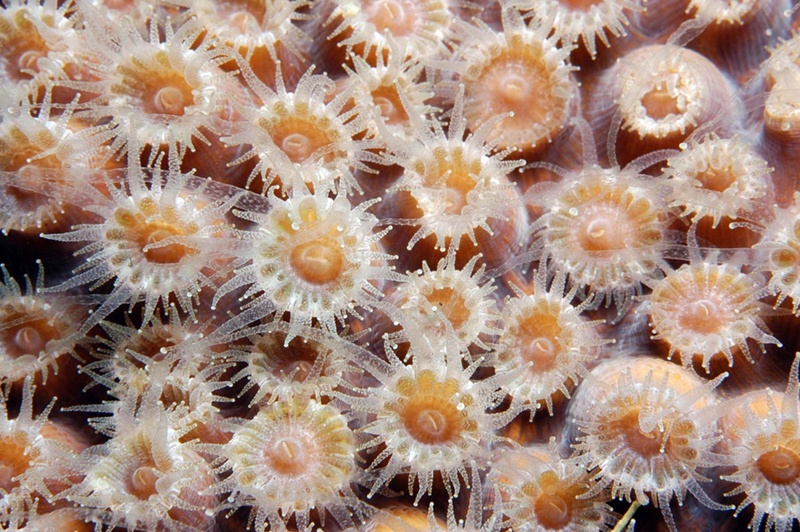 Budding is a form of asexual reproduction that results from the outgrowth of a part of a cell or body region leading to a separation from the original organism into two individuals. Budding occurs commonly in some invertebrate animals such as corals and hydras. In hydras, a bud forms that develops into an adult and breaks away from the main body, as illustrated in the figure below, whereas in coral budding, the bud does not detach and multiplies as part of a new colony. 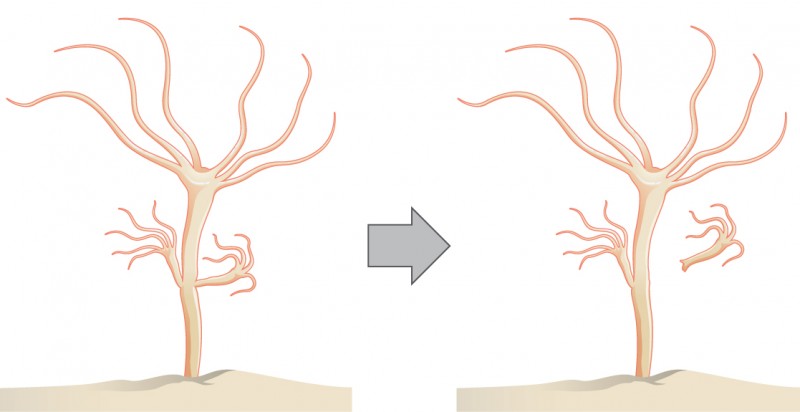 Watch a video of a hydra budding.

Fragmentation is the breaking of the body into two parts with subsequent regeneration. If the animal is capable of fragmentation, and the part is big enough, a separate individual will regrow.

For example, in many sea stars, asexual reproduction is accomplished by fragmentation. The figure below illustrates a sea star for which an arm of the individual is broken off and regenerates a new sea star. Fisheries workers have been known to try to kill the sea stars eating their clam or oyster beds by cutting them in half and throwing them back into the ocean. Unfortunately for the workers, the two parts can each regenerate a new half, resulting in twice as many sea stars to prey upon the oysters and clams. Fragmentation also occurs in annelid worms, turbellarians, and poriferans. 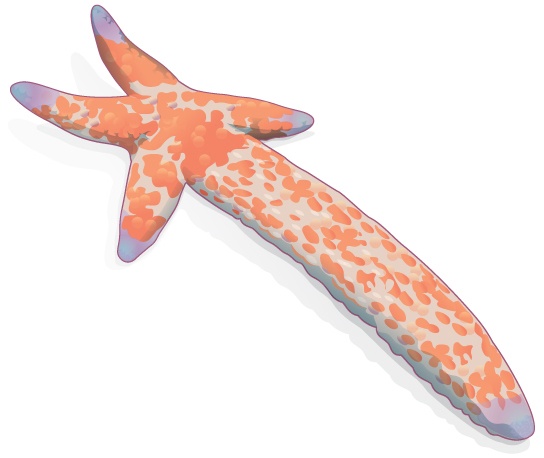 Sea stars can reproduce through fragmentation. The large arm, a fragment from another sea star, is developing into a new individual.

Note that in fragmentation, there is generally a noticeable difference in the size of the individuals, whereas in fission, two individuals of approximate size are formed.

Parthenogenesis is a form of asexual reproduction where an egg develops into a complete individual without being fertilized. The resulting offspring can be either haploid or diploid, depending on the process and the species. Parthenogenesis occurs in invertebrates such as water flees, rotifers, aphids, stick insects, some ants, wasps, and bees. Bees use parthenogenesis to produce haploid males (drones). If eggs are fertilized, diploid females develop, and if the fertilized eggs are fed special diet (so called royal jelly), a queen is produced.

Some vertebrate animals—such as certain reptiles, amphibians, and fish—also reproduce through parthenogenesis. Although more common in plants, parthenogenesis has been observed in animal species that were segregated by sex in terrestrial or marine zoos. Two female Komodo dragons, a hammerhead shark, and a blacktop shark have produced parthenogenic young when the females have been isolated from males.

This is a lesson from the tutorial, The Reproductive System and you are encouraged to log in or register, so that you can track your progress.