Sexual reproduction is the combination of (usually haploid) reproductive cells from two individuals to form a third (usually diploid) unique offspring. Sexual reproduction produces offspring with novel combinations of genes. This can be an adaptive advantage in unstable or unpredictable environments. As humans, we are used to thinking of animals as having two separate sexes—male and female—determined at conception. However, in the animal kingdom, there are many variations on this theme.

Hermaphroditism occurs in animals where one individual has both male and female reproductive parts. Invertebrates such as earthworms, slugs, tapeworms and snails, shown in the figure below, are often hermaphroditic. Hermaphrodites may self-fertilize or may mate with another of their species, fertilizing each other and both producing offspring. Self fertilization is common in animals that have limited mobility or are not motile, such as barnacles and clams. 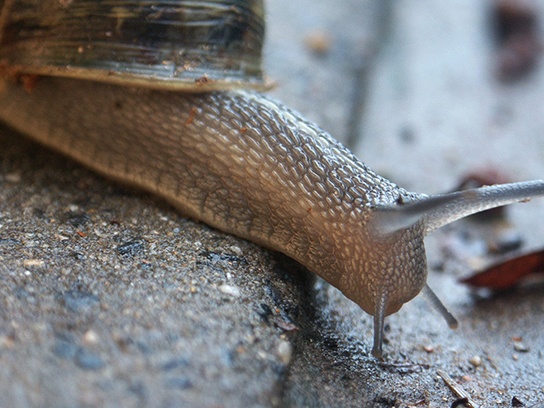 Many snails are hermaphrodites. When two individuals mate, they can produce up to one hundred eggs each. (credit: Assaf Shtilman)

This is a lesson from the tutorial, The Reproductive System and you are encouraged to log in or register, so that you can track your progress.