The National Assembly of the Federal Republic of Nigeria is a bicameral legislature established under section 4 of the Nigerian Constitution. It consists of a Senate with 109 members and a 360-member House of Representatives The body, modelled after the federal Congress of the United States, is supposed to guarantee equal representation of the 36 states irrespective of size in the Senate and proportional representation of population in the House. The National Assembly, like many other organs of the Nigerian government, is based in the Federal Capital Territory, Abuja. 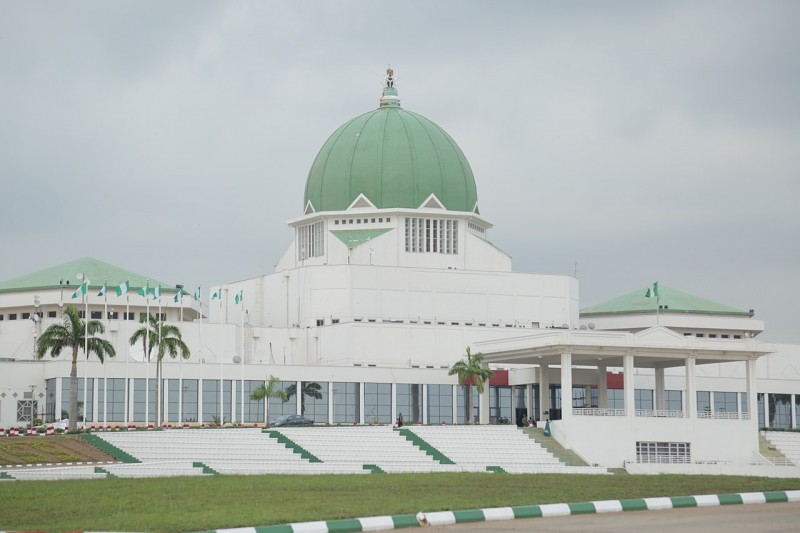 Leadership of the National Assembly

The Senate is chaired by the President of the Nigerian Senate, the first of whom was Nnamdi Azikiwe, who stepped down from the job to become the country’s first Head of State. The House is chaired by the Speaker of the House of Representatives. At any joint session of the Assembly, the President of the Senate presides and in his absence the Speaker of the House presides.

Functions of the National Assembly

The Assembly has broad oversight functions and is empowered to establish committees of its members to scrutinise bills and the conduct of government officials. Since the restoration of democratic rule in 1999, the Assembly has been said to be a “learning process” that has witnessed the election and removal of several Presidents of the Senate, allegations of corruption, slow passage of private member’s bills and the creation of ineffective committees to satisfy numerous interests.

The Senate has the unique power to impeach judges and other high officials of the executive including the Federal Auditor-General and the members of the electoral and revenue commissions. This power is, however, subject to prior request by the President. The Senate also confirms the President’s nomination of senior diplomats, members of the federal cabinet, federal judicial appointments and independent federal commissions.

Before any bill may become law, it must be agreed to by both the House and the Senate, and receive the President’s assent. Should the President delay or refuse assent (veto) the bill, the Assembly may pass the law by two-thirds of both chambers and overrule the veto and the President’s consent will not be required. The present Assembly has not hidden its preparedness to overrule the executive where they disagree.