The Nigerian Armed Forces are the Armed Forces of the Federal Republic of Nigeria. Its origins lie in the elements of the Royal West African Frontier Force that became Nigerian when independence was granted in 1960. In 1956 the Nigeria Regiment of the Royal West African Frontier Force (RWAFF) was renamed the Nigerian Military Forces, RWAFF, and in April 1958 the colonial government of Nigeria took over from the British War Office control of the Nigerian Military Forces. 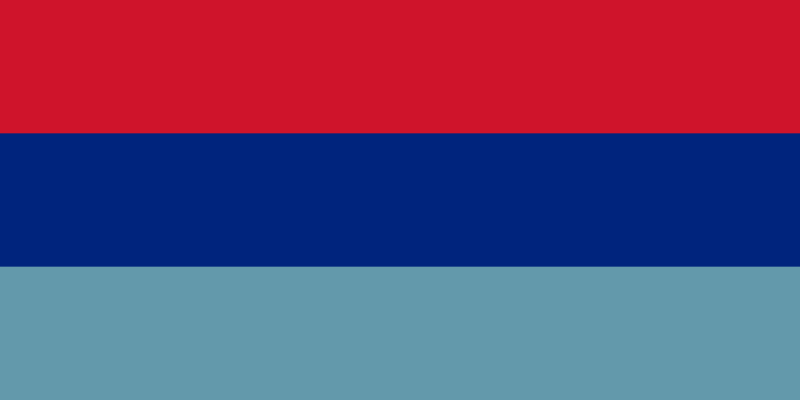 Flag of the Nigerian military

Since its creation the Nigerian military has fought in a civil war – the conflict with Biafra in 1967–70 – and sent peacekeeping forces abroad both with the United Nations and as the backbone of the Economic Community of West African States (ECOWAS) Cease-fire Monitoring Group (ECOMOG) in Liberia and Sierra Leone. It has also seized power twice at home (1966 & 1983).

In the aftermath of the civil war, the much expanded size of the military, around 250,000 in 1977, consumed a large part of Nigeria’s resources under military rule for little productive return. The great expansion of the military during the civil war further entrenched the existing military hold on Nigerian society carried over from the first military regime. In doing so, it played an appreciable part in reinforcing the military’s nearly first-among-equals status within Nigerian society, and the linked decline in military effectiveness. Olusegun Obasanjo, who by 1999 had become President, bemoaned the fact in his inaugural address that year: ‘… Professionalism has been lost… my heart bleeds to see the degradation in the proficiency of the military.’

Training establishments in Nigeria include the prestigious officer entry Nigerian Defence Academy at Kaduna, the Armed Forces Command and Staff College, Jaji, and the National War College at Abuja. The U.S. commercial military contractor Military Professional Resources Inc. has been involved from around 1999–2000 in advising on civil-military relations for the armed forces.

The roles of a country’s armed forces are entrenched in her Constitution. The defence of the territorial integrity and other core interests of the nation form the major substance of such roles. Section 217-220 of the 1999 Constitution of Nigeria addresses the Nigerian Armed Forces:

The Nigerian Navy (NN) is the sea branch of the Nigerian Armed Forces. The Nigerian Navy command structure today consists of the Naval Headquarters in Abuja, three operational commands with headquarters in Lagos, Calabar, and Bayelsa. Training command’s headquarters are located in Lagos, the commercial capital of Nigeria, but with training facilities spread all over Nigeria. There are five operational bases, five forward operational bases (with two more soon to come on stream), two dockyards located in Lagos and Port Harcourt and two fleets based in Lagos and Calabar.

The Nigerian Air Force was formally established in January 1964 with technical assistance from West Germany. The air force started life as a transport unit with aircrew being trained in Canada, Ethiopia and Pakistan. The air force did not get a combat capability until a number of MiG-17 aircraft were presented by the Soviet Union in 1966.

Nigeria also has pursued a policy of developing domestic training and military production capabilities. Nigeria has continued a strict policy of diversification in her military procurement from various countries.