Some weeds, such as Australian sea grass and pond weeds, are pollinated by water. The pollen floats on water, and when it comes into contact with the flower, it is deposited inside the flower.

Orchids are highly valued flowers, with many rare varieties (see the figure below). They grow in a range of specific habitats, mainly in the tropics of Asia, South America, and Central America. At least 25,000 species of orchids have been identified. 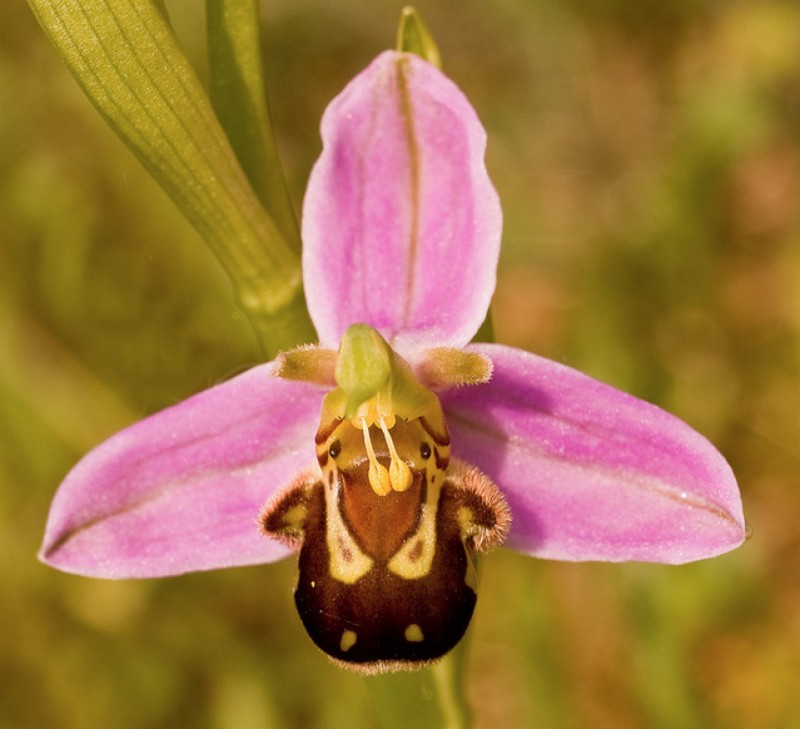 Flowers often attract pollinators with food rewards, in the form of nectar. However, some species of orchid are an exception to this standard: they have evolved different ways to attract the desired pollinators. They use a method known as food deception, in which bright colors and perfumes are offered, but no food. Anacamptis morio, commonly known as the green-winged orchid, bears bright purple flowers and emits a strong scent. The bumblebee, its main pollinator, is attracted to the flower because of the strong scent—which usually indicates food for a bee—and in the process, picks up the pollen to be transported to another flower.

Other orchids use sexual deception. Chiloglottis trapeziformis emits a compound that smells the same as the pheromone emitted by a female wasp to attract male wasps. The male wasp is attracted to the scent, lands on the orchid flower, and in the process, transfers pollen. Some orchids, like the Australian hammer orchid, use scent as well as visual trickery in yet another sexual deception strategy to attract wasps. The flower of this orchid mimics the appearance of a female wasp and emits a pheromone. The male wasp tries to mate with what appears to be a female wasp, and in the process, picks up pollen, which it then transfers to the next counterfeit mate.