Phloem tissue is the living tissue responsible for transporting organic nutrients produced during photosynthesis (mainly as the carbohydrate sucrose) to all parts of the plant where these are required. The phloem tissue is made up of the following major types of cells:

Do you remember that sucrose is made up of glucose and fructose monosaccharides? Plants transport sucrose rather than glucose because it is less reactive and has less of an effect on the water potential.

In the table below, the key structural features of the phloem are related to their function. 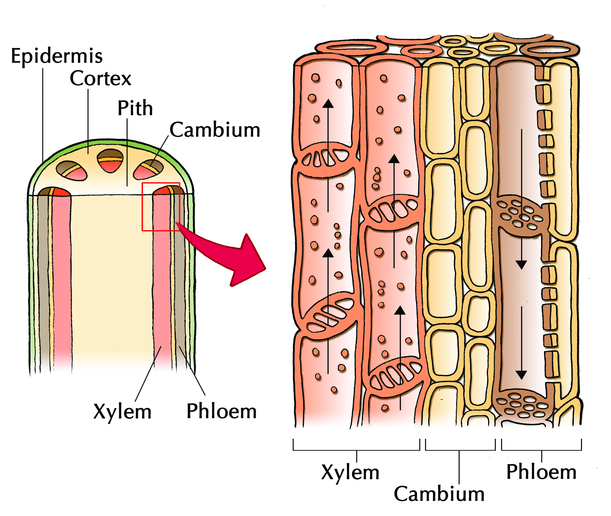 Xylem and phloem are the main transport vessels in plants. The figure above shows how vascular tissues are arranged in a vascular bundle.

This article has been modified from "Plant tissues, by Siyavula, Grade 10 Life Sciences, CC BY 4.0. Download the book for free at www.siyavula.com.