Biology » Plant and Animal Tissues » The Leaf As An Organ

The leaf is a collection of tissues which include:

The mesophyll is located between the upper and lower layers of the leaf epidermis, and is mostly made up of parenchyma (ground tissue) or chlorenchyma tissue. The mesophyll is the primary location for photosynthesis and is divided into two layers, the upper palisade layer and the spongy mesophyll layer.

Figures below show the leaf and tissue structure of a dicot plant. 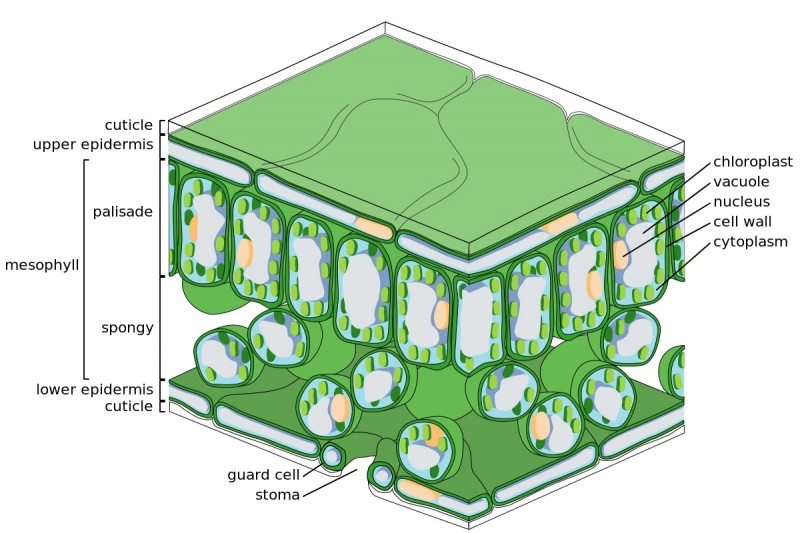 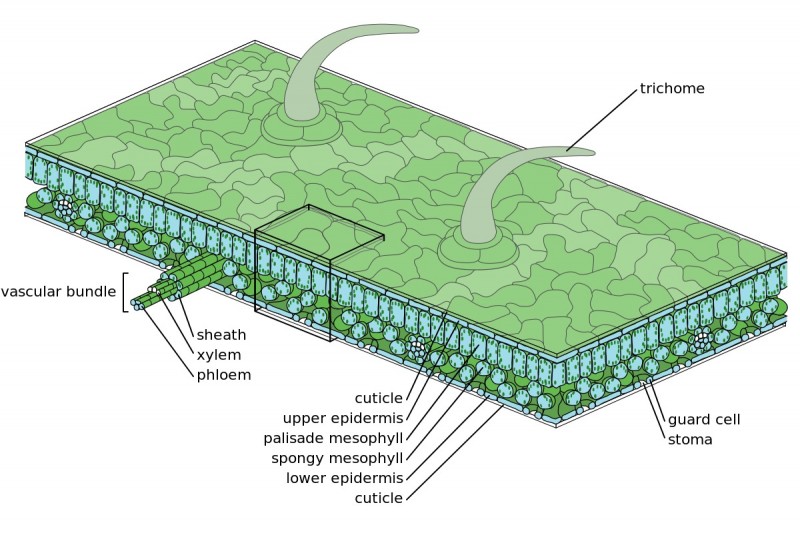 Vascular tissue is made up of the xylem and phloem vessels you learnt about earlier in this chapter. Xylem transports water and minerals to the leaf. Phloem transports dissolved sucrose made in the leaf out of its site of synthesis to the rest of the leaf. Most leaves have a bundle sheath around the xylem and phloem, consisting of sclerenchyma or collenchyma, for extra support.

This article has been modified from "The Leaf As An Organ, by Siyavula, Grade 10 Life Sciences, CC BY 4.0. Download the book for free at www.siyavula.com.