In this lesson and the next few, we will examine some aspects of biotechnology that have been applied in modern medicine. Modern medicine is informed by medical research, and medical research is based on the scientific method. Therefore, these therapies are based on investigations that have results that are reproducible. We will examine five achievements of modern medicine and discuss the underlying ethical issues these new treatments and technologies present:

Immunity is the body’s resistance to infection by bacteria, viruses and other pathogens. The body defends itself against infection through a variety of means, such as physical, chemical and cellular barriers to infection.

The above defence mechanisms described are part of the innate immune system. The body also has an adaptive immune system which `remembers’ each pathogen that invades the body based on the specific markers on the pathogen. These markers are known as antigens. When a foreign organism invades, the adaptive immune system launches an antigen-specific response which destroys the infectious agent. 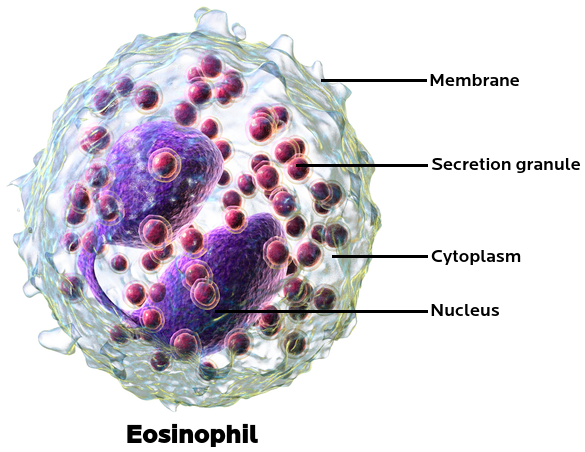 Eosinophils are important in controlling the allergic reaction.

Vaccination is the most effective method of eradicating infectious diseases. It has resulted in the eradication of smallpox throughout the world and has greatly reduced diseases such as polio, measles and tetanus. Vaccination involves injecting components of the infectious agent in a non-toxic form in order to stimulate an individual’s adaptive immune system. An immune response is produced against the vaccine, resulting in the production of T-lymphocyte memory cells. When a repeat infection occurs, the body is able to mount an effective and rapid immune response due to the presence of memory cells. 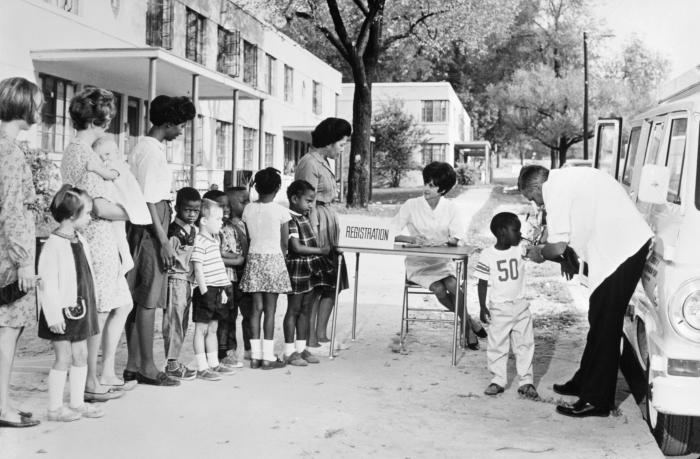 A vaccination campaign in the US.

Video: The discovery of Vaccination

You can watch the humorous video below about the history of vaccination.