Blood is regarded as a specialised form of connective tissue because it originates in the bones and has some fibres. Blood is composed of red blood cells, white blood cells and platelets. These components are suspended in a yellow fluid known as plasma.

Called erythrocytes, they are made in the red bone marrow. They do not have a nucleus and are biconcave in shape. Their biconcave shape makes them flexible so that they can squeeze through narrow capillaries. It also gives them a bigger surface to volume ratio, so that they absorb and release gases faster. Red blood cells have a short life span of approximately 120 days. Red blood cells contain the protein known as haemoglobin. Haemoglobin contains the pigment known as heme that has an iron (Fe) at its centre that combines with oxygen. Haemoglobin releases oxygen as required and takes up carbon dioxide. Red blood cells transport oxygen from the lungs to the tissues and returns carbon dioxide from the tissues to the lungs. 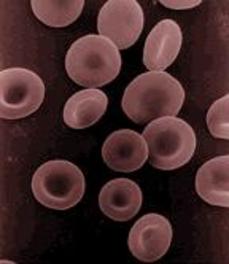 They are commonly known as leukocytes and are produced in the yellow bone marrow and lymph nodes. The cells have one or more nuclei. White blood cells are slightly larger than red blood cells and are more irregular in shape. Their main function is to protect the body from diseases. There are several types of leukocytes: neutrophils, basophils, eosinophils, lymphocytes, monocytes and macrophages. The white blood cells known as lymphocytes actively produce chemicals called antibodies which destroy disease causing micro-organisms.

Also known as thrombocytes, they are produced in the bone marrow and are fragments of bone marrow cells. They have no nuclei. Platelets assist in the clotting of blood and prevent excessive bleeding. 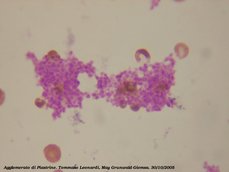 Platelets clumping together to form a blood smear. Platelets are largely responsible for wound repair and healing.

The number of leukocytes is often a measure of disease. They make up approximately 1% of blood in a healthy adult. A change in the amount of leukocytes can often be used to diagnose disease.

Plasma is the pale-yellow component of blood that allows the rest of the components of blood to float in suspension. It makes up about 55% of total blood volume. It contains dissolved proteins, hormones, urea and carbon dioxide. Its main functions are to transport nutrients, cells and metabolic waste products and maintain blood volume.

Plasma donations are important in blood transfusion. During World War 2, the blood plasma transferred to wounded soldiers was important in saving thousands of lives. 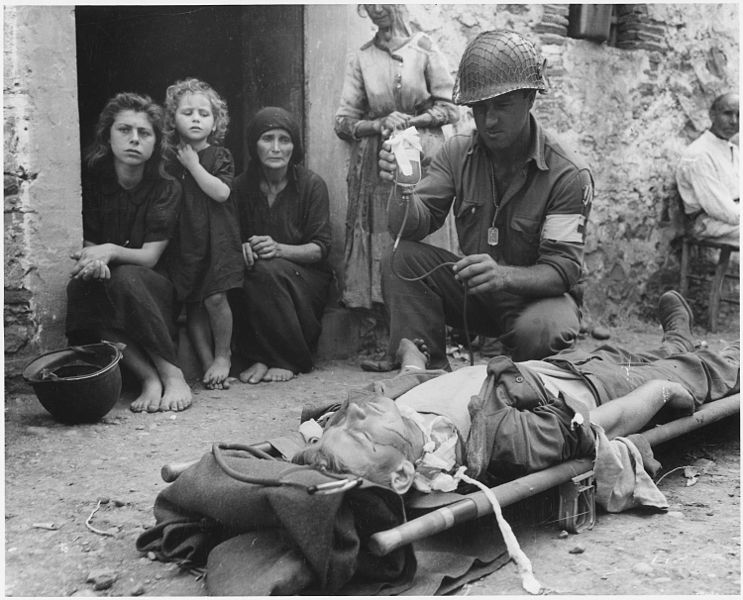 This article has been modified from "Animal tissues, by Siyavula, Grade 10 Life Sciences, CC BY 4.0. Download the book for free at www.siyavula.com.