Perspectives On the Phylogenetic Tree

Perspectives On the Phylogenetic Tree

The concepts of phylogenetic modeling are constantly changing. It is one of the most dynamic fields of study in all of biology. Over the last several decades, new research has challenged scientists’ ideas about how organisms are related. New models of these relationships have been proposed for consideration by the scientific community.

The concept of a phylogenetic tree with a single trunk representing a common ancestor, with the branches representing the divergence of species from this ancestor, fits well with the structure of many common trees, such as the oak (figure (b) below). However, evidence from modern DNA sequence analysis and newly developed computer algorithms has caused skepticism about the validity of the standard tree model in the scientific community. 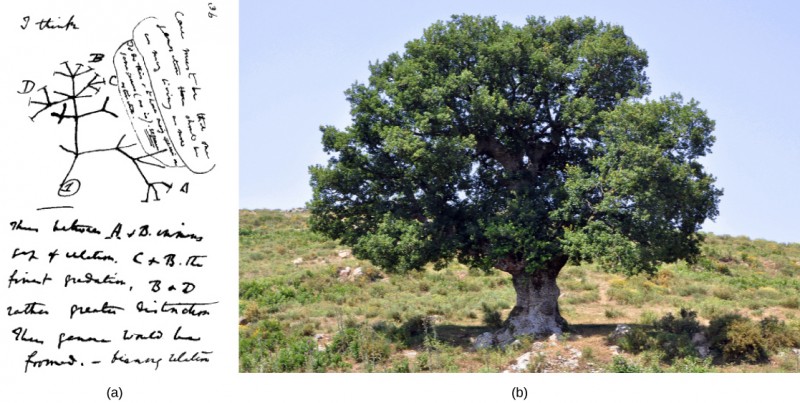