The Two Parts of Photosynthesis

The Two Parts of Photosynthesis 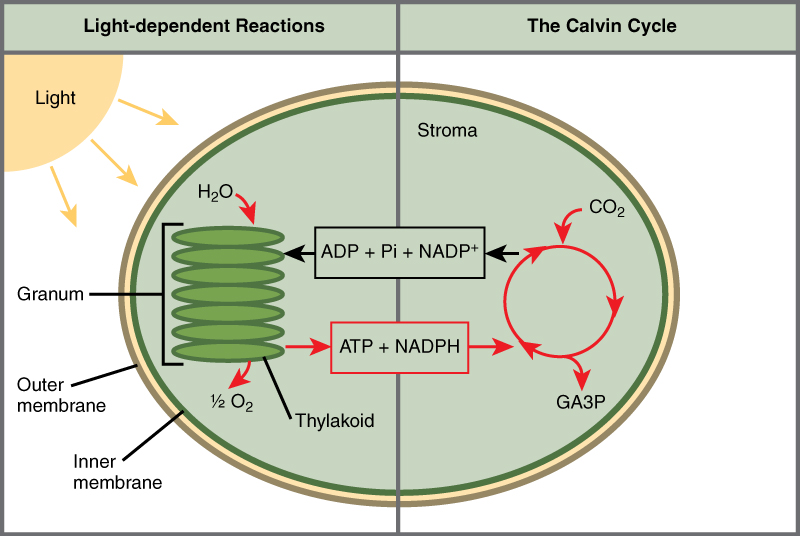 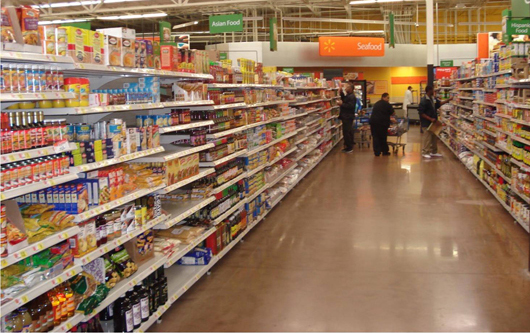 Major grocery stores in the United States are organized into departments, such as dairy, meats, produce, bread, cereals, and so forth. Each aisle (see the figure above) contains hundreds, if not thousands, of different products for customers to buy and consume.

Although there is a large variety, each item links back to photosynthesis. Meats and dairy link, because the animals were fed plant-based foods. The breads, cereals, and pastas come largely from starchy grains, which are the seeds of photosynthesis-dependent plants.

What about desserts and drinks? All of these products contain sugar—sucrose is a plant product, a disaccharide, a carbohydrate molecule, which is built directly from photosynthesis. Moreover, many items are less obviously derived from plants: For instance, paper goods are generally plant products, and many plastics (abundant as products and packaging) are derived from algae.

Virtually every spice and flavoring in the spice aisle was produced by a plant as a leaf, root, bark, flower, fruit, or stem. Ultimately, photosynthesis connects to every meal and every food a person consumes.