An alcohol is any organic compound where there is a hydroxyl functional group \((-\text{OH})\) bound to a carbon atom. The general formula for a simple alcohol is \(\color{red}{\textbf{C}_{\textbf{n}}\textbf{H}_{\textbf{2n+1}}\textbf{OH}}\).

The simplest and most commonly used alcohols are methanol and ethanol (see figure below).

The (a) structural, (b) condensed structural and (c) molecular formula representations of methanol. 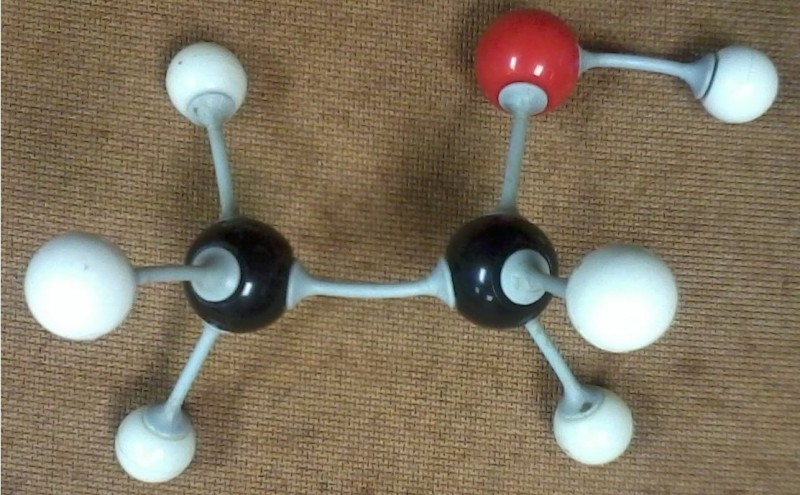 The (a) structural, (b) condensed structural and (c) molecular formula representations of ethanol. (d) An atomic model of ethanol.

Make sure you understand the difference between primary, secondary and tertiary carbons:

\(\text{C}(\text{CH}_{3})_{3}\text{X}\), The central carbon atom in this compound is a tertiary carbon atom because it is bonded to three other carbon atoms.

The alcohols have a number of different uses:

Alcohols or alkanols are the compounds containing one or more hydroxyl groups (-OH). The alcohols contain the -OH group attached to alkyl group 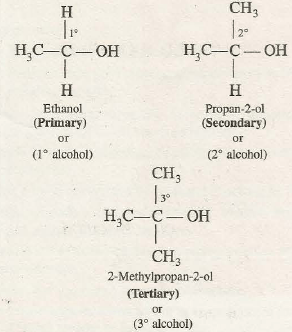