Federalism in Nigeria refers to the devolution of self-governance by the West African nation of Nigeria to its federated states, who share sovereignty with the Federal Government.

Federalism has been present in Nigeria since the former British colony was reorganized into a federation of three regions in 1946. Regionalism was introduced to the Nigeria system by the Richards Constitution.

Before and right after independence

Bernard Bourdillon the Governor-general at that time initiated and laid the foundation of federalism in Nigeria in 1939 by creating three provinces. He later handed over the constitution to his successor Arthur Richards and it became the Richards Constitution of 1946. At the beginning of formal British indirect rule in 1901, Nigeria was divided into two regions: Northern and Southern, both of which were divided into provinces. From 1901 to 1958, the number of regions was increased to three through both acquisition of territories and partition from existing provinces. However, while native-born chiefs and clerks were appointed to govern the provinces, the regions were governed by the British-appointed colonial authorities, and such regions were made dependent upon the colonial authorities for martial law, manpower and management of resources.

With the approach of independence, power over the regions was given to Nigerian-born citizens, and regional legislatures were established. By the time that Nigeria had declared itself a republic and replaced the post of Governor-General with the post of President, a national bicameral parliament was established and the country was considered a federation of the three regions. The Mid-Western Region was formed from the Western Region in 1966, and Lagos, the capital, was effectively governed as an unofficial fourth region outside the bounds of the Western Region.

After the first coup and under the short-lived military government of Aguiyi-Ironsi, the country was reorganized under a central government. Following the counter-coup which resulted in Aguiyi-Ironsi’s deposition and assassination, Nigeria was reorganized as a federal country, with three of the regions being divided into newer entities and all first-level subdivisions being renamed as states:

Mid-Western and the states of former Eastern Region made a bid to secede from Nigeria as the states of Biafra and Republic of Benin, resulting in the Nigerian Civil War.

In 1976, six years after the end of the civil war, the states were further reorganized: 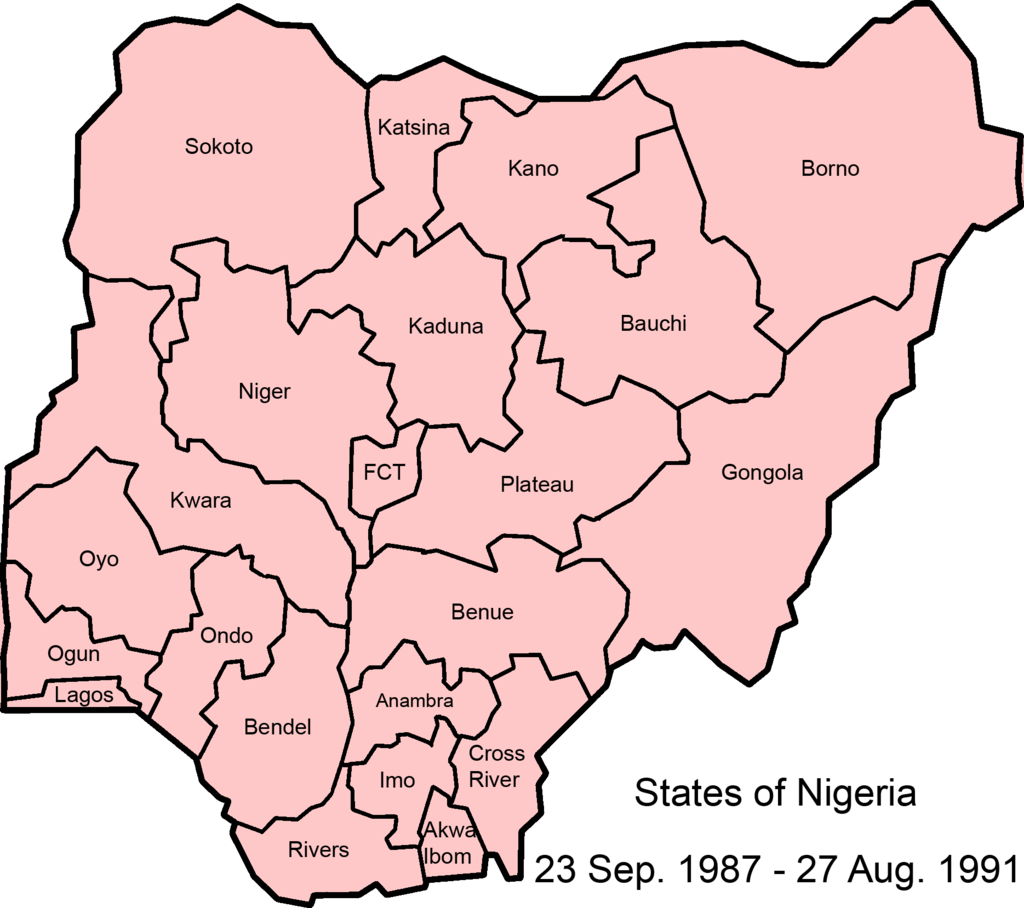 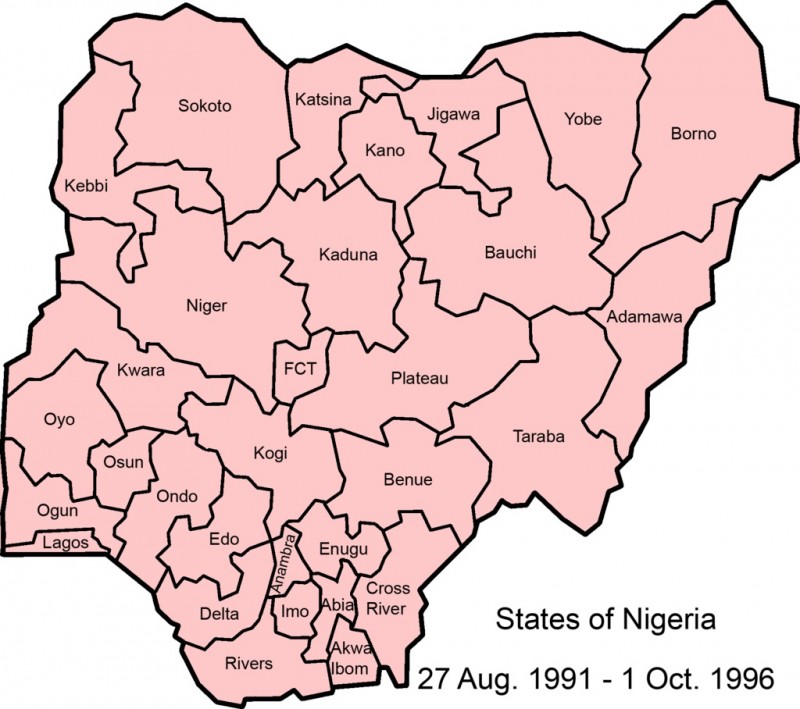 This is a lesson from the tutorial, Nigerian Federalism and you are encouraged to log in or register, so that you can track your progress.