Economics » National Income » The Concepts of Consumption, Investment, and Savings

where: “a” is the non-income induced saving or autonomous saving that is, saving at zero level of disposal income (dis-saving).
“(1-b)” is the Marginal Propensity to Save (MPS).
“(1-b) Yd” is the income-induced saving. 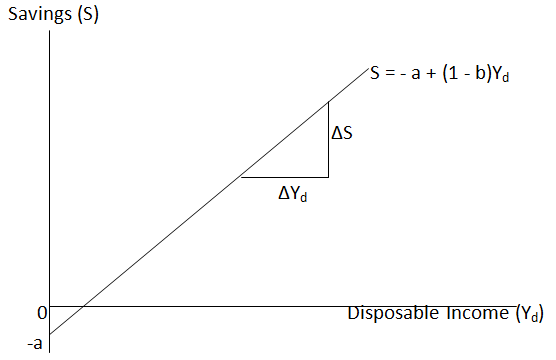 This is a lesson from the tutorial, National Income and you are encouraged to log in or register, so that you can track your progress.