Elemental hydrogen must be prepared from compounds by breaking chemical bonds. The most common methods of preparing hydrogen follow.

From Steam and Carbon or Hydrocarbons

Water is the cheapest and most abundant source of hydrogen. Passing steam over coke (an impure form of elemental carbon) at 1000 °C produces a mixture of carbon monoxide and hydrogen known as water gas:

Water gas is as an industrial fuel. It is possible to produce additional hydrogen by mixing the water gas with steam in the presence of a catalyst to convert the CO to CO2. This reaction is the water gas shift reaction.

It is also possible to prepare a mixture of hydrogen and carbon monoxide by passing hydrocarbons from natural gas or petroleum and steam over a nickel-based catalyst. Propane is an example of a hydrocarbon reactant:

Hydrogen forms when direct current electricity passes through water containing an electrolyte such as H2SO4, as illustrated in the figure below. Bubbles of hydrogen form at the cathode, and oxygen evolves at the anode. The net reaction is: 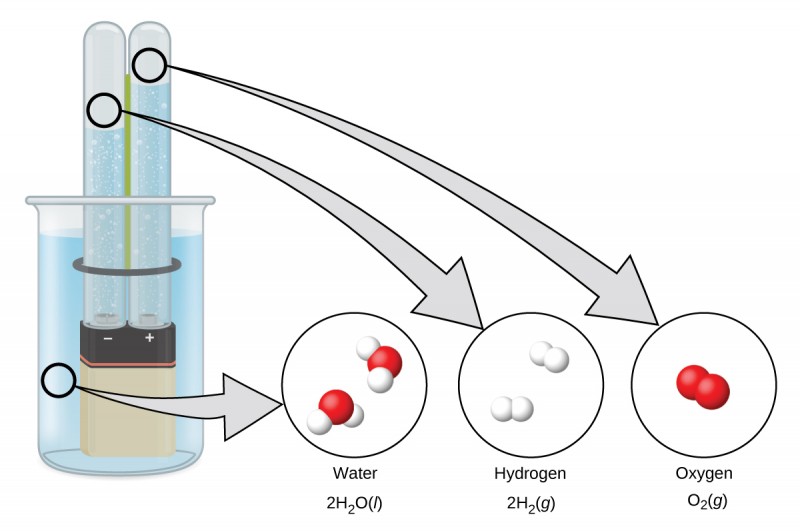 Reaction of Metals with Acids

This is the most convenient laboratory method of producing hydrogen. Metals with lower reduction potentials reduce the hydrogen ion in dilute acids to produce hydrogen gas and metal salts. For example, as shown in the figure below, iron in dilute hydrochloric acid produces hydrogen gas and iron(II) chloride: 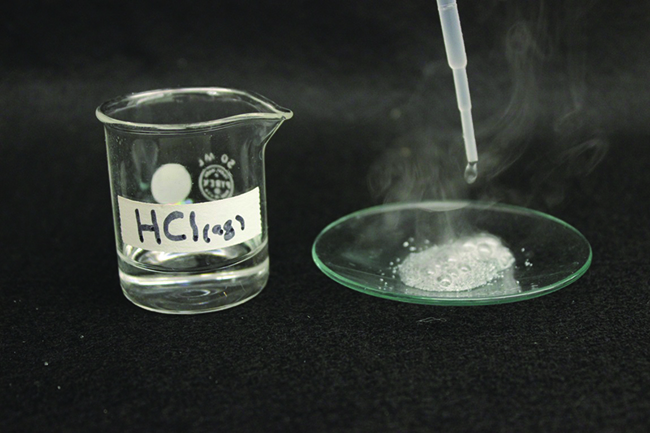 It is possible to produce hydrogen from the reaction of hydrides of the active metals, which contain the very strongly basic H− anion, with water:

Metal hydrides are expensive but convenient sources of hydrogen, especially where space and weight are important factors. They are important in the inflation of life jackets, life rafts, and military balloons.