All living organisms require nitrogen compounds for survival. Unfortunately, most of these organisms cannot absorb nitrogen from its most abundant source—the atmosphere. Atmospheric nitrogen consists of N2 molecules, which are very unreactive due to the strong nitrogen-nitrogen triple bond. However, a few organisms can overcome this problem through a process known as nitrogen fixation, illustrated in the figure below. 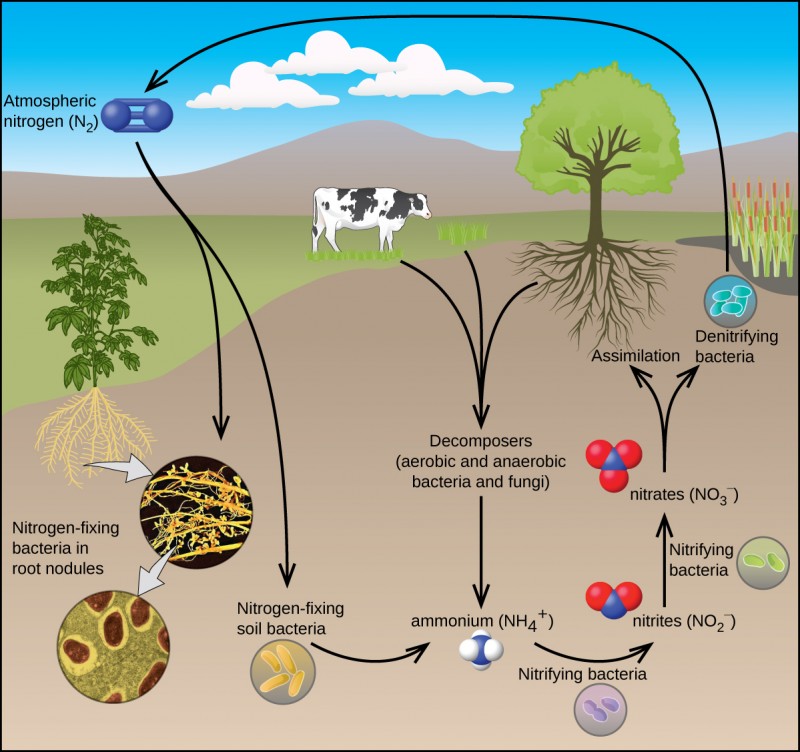 Nitrogen fixation is the process where organisms convert atmospheric nitrogen into biologically useful chemicals. To date, the only known kind of biological organisms capable of nitrogen fixation are microorganisms. These organisms employ enzymes called nitrogenases, which contain iron and molybdenum. Many of these microorganisms live in a symbiotic relationship with plants, with the best-known example being the presence of rhizobia in the root nodules of legumes.