Long-Run Equilibrium of a Pure Monopoly

Under monopoly, barriers to entry allow profits to remain supernormal in the long run. Therefore, in the long-run, a monopoly firm will maximize profit by producing when Marginal Revenue (MR) is equal to Long-run Marginal Cost (LMC), as long as price (P) is greater than or equal to Long-run Average Cost (LAC). It also follows that the monopoly firm is not forced to operate at the minimum point on the LAC curve, hence, long-run prices will tend to be higher and output lower, under monopoly than under perfect competition, ceteris paribus. 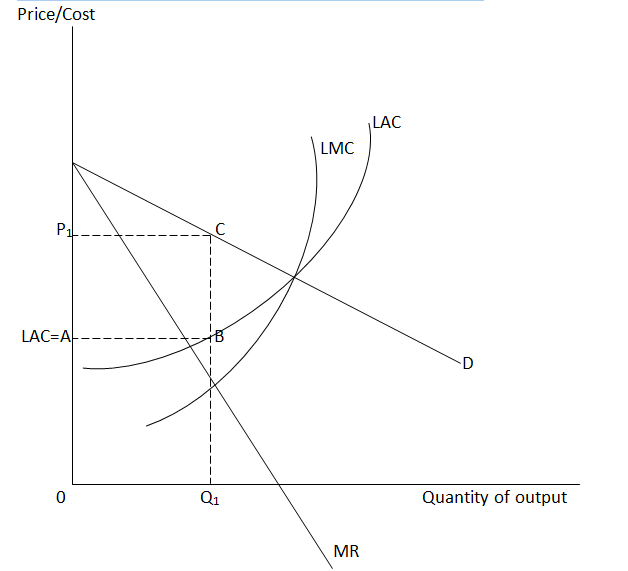 In Figure 10.4, the monopoly firm`s supernormal profit is represented by the rectangle P1ABC, while the price charged and the profit-maximizing output is given as P1 and Q1 respectively.

This is a lesson from the tutorial, Market Structures and you are encouraged to log in or register, so that you can track your progress.