Despite the differences between government systems in the Middle East and the United States, their governments play the same fundamental role: in some fashion, they exert control over the people they govern. The nature of that control—what we will define as power and authority—is an important feature of society. 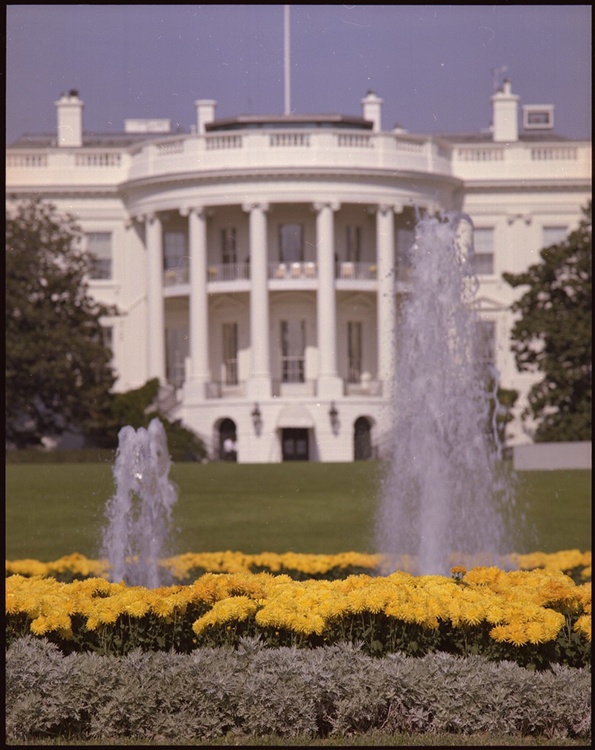 The White House, one of the world’s most widely recognized state buildings, symbolizes the authority of the U.S. presidency. (Courtesy U.S. National Archives/Wikimedia Commons)

For the most part, political scientists focus on studying how power is distributed in different types of political systems. They would observe, for example, that Nigeria’s political system is divided into three distinct branches (legislative, executive, and judicial), and they would explore how public opinion affects political parties, elections, and the political process in general. 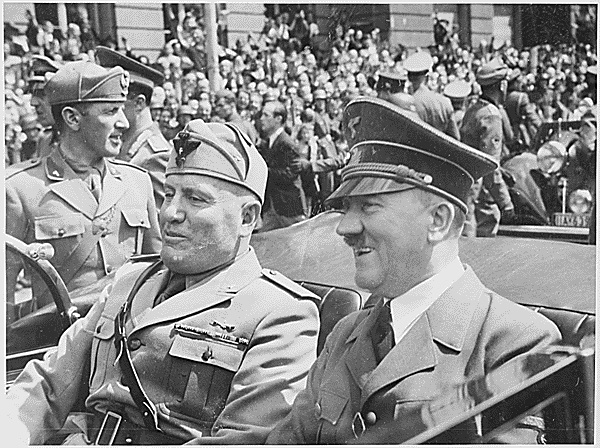 Nazi leader Adolf Hitler was one of the most powerful and destructive dictators in modern history. He is pictured here with fascist Benito Mussolini of Italy. (Photo courtesy of U.S. National Archives and Records Administration)

For centuries, philosophers, politicians, and social scientists have explored and commented on the nature of power. Pittacus (c. 640–568 B.C.E.) opined, “The measure of a man is what he does with power,” and Lord Acton perhaps more famously asserted, “Power tends to corrupt; absolute power corrupts absolutely” (1887). Indeed, the concept of power can have decidedly negative connotations, and the term itself is difficult to define.

Many scholars adopt the definition developed by German sociologist Max Weber, who said that power is the ability to exercise one’s will over others (Weber 1922). According to Wikipedia, power is the ability to influence or outright control the behaviour of people. Power affects more than personal relationships; it shapes larger dynamics like social groups, professional organizations, and governments. Similarly, a government’s power is not necessarily limited to control of its own citizens.

A dominant nation, for instance, will often use its clout to influence or support other governments or to seize control of other nation states. Efforts by the U.S. government to wield power in other countries have included joining with other nations to form the Allied forces during World War II, entering Iraq in 2002 to topple Saddam Hussein’s regime, and imposing sanctions on the government of North Korea in the hopes of constraining its development of nuclear weapons.

Endeavors to gain power and influence do not necessarily lead to violence, exploitation, or abuse. Leaders such as Martin Luther King Jr. and Mohandas Gandhi, for example, commanded powerful movements that effected positive change without military force. Both men organized nonviolent protests to combat corruption and injustice and succeeded in inspiring major reform. They relied on a variety of nonviolent protest strategies such as rallies, sit-ins, marches, petitions, and boycotts.

Modern technology has made such forms of nonviolent reform easier to implement. Today, protesters can use cell phones and the Internet to disseminate information and plans to masses of protesters in a rapid and efficient manner. In the Arab Spring uprisings, for example, Twitter feeds and other social media helped protesters coordinate their movements, share ideas, and bolster morale, as well as gain global support for their causes.

Social media was also important in getting accurate accounts of the demonstrations out to the world, in contrast to many earlier situations in which government control of the media censored news reports. Notice that in these examples, the users of power were the citizens rather than the governments. They found they had power because they were able to exercise their will over their own leaders. Thus, government power does not necessarily equate to absolute power.