Aristocracy is a kind of government that puts power in the hands of a small, privileged ruling class. In Ancient Greek, the word aristocracy from aristokratia means the rule of the best, but it has come to be linked with rule by royal families.

The term is synonymous with hereditary government, and hereditary succession is its primary philosophy, after which the hereditary monarch appoints officers as they see fit. At the time of the word’s origins in ancient Greece, the Greeks conceived it as rule by the best qualified citizens—and often contrasted it favourably with monarchy, rule by an individual. In later times, aristocracy was usually seen as rule by a privileged group, the aristocratic class, and has since been contrasted with democracy. The idea of hybrid forms which have aspects of both aristocracy and democracy are in use in the parliament form. 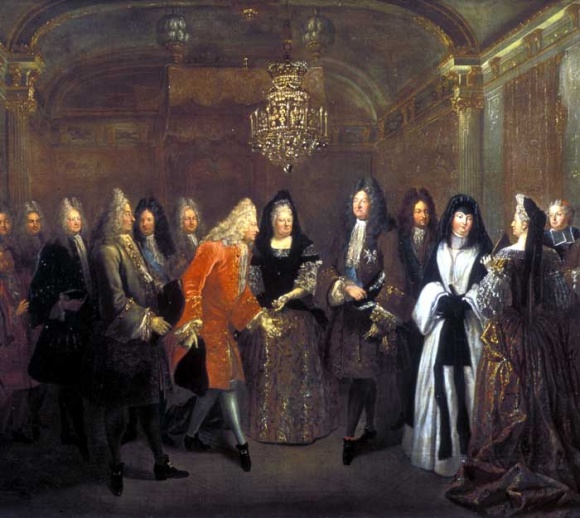 The concept of aristocracy evolved in Ancient Greece.

The concept evolved in Ancient Greece, whereby a council of leading citizens was commonly empowered. The concept was also contrasted with representative democracy, in which a council of citizens was appointed as the “senate” of a city state or other political unit. The Greeks did not like the concept of monarchy, and as their democratic system fell, aristocracy was upheld.

In the 1651 book Leviathan, Thomas Hobbes describes an aristocracy as a commonwealth in which the representative of the citizens is an assembly by part only. It is a system in which only a small part of the population represents the government; “certain men distinguished from the rest”. Modern depictions of aristocracy tend to regard it not as the ancient Greek concept of rule by the best, but more as an oligarchy or plutocracy—rule by the few or the wealthy.

The concept of aristocracy per Plato, has an ideal state ruled by the philosopher king. Plato describes these “philosopher kings” as “those who love the sight of truth” (Republic 475c) and supports the idea with the analogy of a captain and his ship or a doctor and his medicine. According to him, sailing and health are not things that everyone is qualified to practice by nature. A large part of the Republic then addresses how the educational system should be set up to produce these philosopher kings.

There are different kinds of aristocracy with different ways the government is set up. In history, most aristocracies are hereditary. Members of the ruling group have passed on power to their eldest surviving son, and sometimes to their eldest daughter. Aristocracy can be combined with other kinds of government. There were small groups of people that run a country. The people were called aristocrats and often had titles such as duke, duchess, baron and baroness.