The Nature of Biology

Let’s look at how biologists use scientific research to study the natural world and make important discoveries. 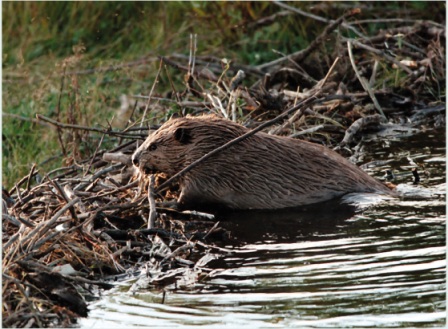 A beaver, “nature’s engineer,” hard at work building a dam.

Ethics are the moral principles and values held by humans. Ethics are how we decide what is right or wrong, good or bad. Suppose scientists develop a new vaccine to cure a disease, but they can only produce 1000 doses each year. Ethics help society decide who should receive those doses. Society as a whole must take responsibility for making sure that scientific discoveries are used in an ethical way.

Some scientific study is done only to learn new things. This type of science is called pure science. Pure science is not done so that the results can be used for a specific need. The research is filed away for later use.

Science that solves a problem is technology. Technology (pronounced tek NAHL uh jee) means using scientific research to meet society’s needs or solve its problems. Technology has helped reduce the amount of manual labor needed to make and raise crops. It has also helped cut down on environmental pollution.