The cell wall is a rigid non-living layer that is found outside the cell membrane and surrounds the cell. Plants, bacteria and fungi all have cell walls. In plants, the wall is comprised of cellulose. It consists of three layers that help support the plant. These layers include the middle lamella, the primary cell wall and the secondary cell wall.

Middle lamella: separates one cell from another. It is a thin membranous layer on the outside of the cell and is made of a sticky substance called pectin.

Primary cell wall: is on the inside of the middle lamella and is mainly composed of cellulose.

Secondary cell wall: lies alongside the cell membrane. It is is made up of a thick and tough layer of cellulose which is held together by a hard, waterproof substance called lignin. It is only found in cells which provide mechanical support in plants. 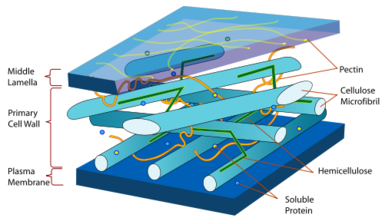 The human body cannot break down the cellulose in cell walls because we do not produce the enzyme cellulase. 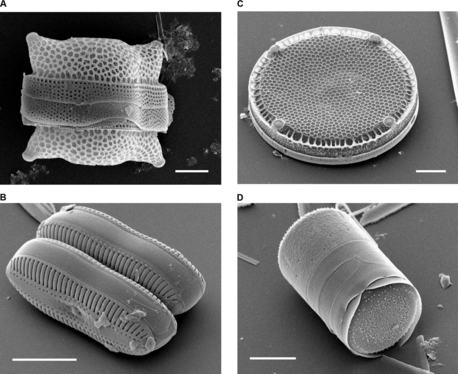 Functions of the Cell Wall