The conventional medical approaches to treating cancer include radiation therapy, chemotherapy and surgery. 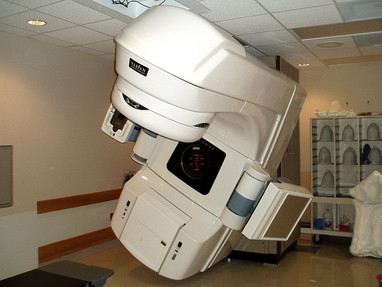 Chemotherapy is the use of special drugs to treat cancer. Most chemotherapy drugs are cytotoxic (toxic to cells) and work by damaging the cell’s DNA. Chemotherapy specifically tries to prevent cell division, and so it is very toxic to cancer cells which are characterised by uncontrolled cell division. However, unfortunately, these drugs also damage healthy cells that divide rapidly, such as blood cells and cells found in hair follicles, lining the mouth, stomach and intestine and the skin. Because of the damage to rapidly dividing healthy cells, the side-effects from chemotherapy include hair loss, mouth ulcers, nausea, sores, anaemia and infections due to a lowered immune system.

A combination of drugs which act in slightly different ways to halt cell division are often given together. Patients often receive chemo according to a regime, where they receive doses of chemo for a time period, followed by a break that allows the healthy cells in their bodies to recover. Usually a chemo regime consists of a few cycles of chemotherapy doses and breaks for recovery. 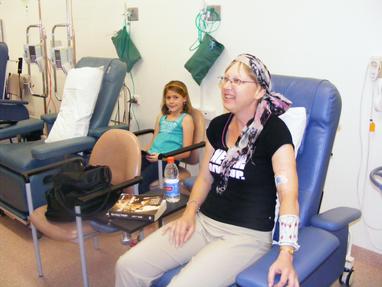 Chemotherapy targets cells that are rapidly dividing so patients undergoing chemotherapy often lose their hair and feel nauseous (because the intestinal lining in the stomach is killed).

Surgery involves removal of either the whole tumour, part of the tumour and sometimes even whole organs or body parts. When a small section of the tumour is removed this is called biopsy. Frequently surgery is followed by either radiation therapy or chemotherapy and sometimes both.

In addition to the conventional methods of treatment described, many people seek alternative forms of treatment. In South Africa, individuals commonly use traditional medicines like African Potato (Hypoxis hemerocallidea) and “Cancer bush” (Sutherlandia frutescens), to boost the immune system while undergoing conventional treatments.

The cancer bush (Sutherlandia frutescent, uNwele) is an indigenous medicinal plant which the Khoi and Nama people used to wash wounds and to reduce high fevers. The early settlers also used this bush to treat chicken pox, eye problems and internal cancers. Cancer patients often lose weight and suffer muscle wastage and a tonic made from this bush may improve appetite, decrease anxiety and slow down the weight loss.

How do cancer cells grow? How does chemotherapy fight cancer (and cause negative side effects)? The answers lie in cell division. George Zaidan explains in the TED-Ed video below how rapid cell division is cancer’s “strength” — and also its weakness.