According to the 2016 statistics, there are almost 7.5 billion people in the world. Almost 1.5 billion of us are from China; this is about 20%. Nigeria (see image below) is the 7th largest country by population in the world with a population of about 190 million people.

Nigeria has a population of about 190 million people. Image credit: public domain

Numbers are central to the statistics you just saw. In fact, most of these numbers are so large that they aren’t easy to visualize. While it might have been difficult to visualize 7,500,000,000, which the approximate world population, you might have found it somewhat easier to visualize the fact that the Chinese make up about 20% of the world’s population because that’s a fraction of about \(\frac{1}{5}\). You might also have found it much easier to visualize the number 7 which is Nigeria’s position on the list of world’s most populous countries.

Without numbers we can’t quantify things in the world. For instance, how would you be able to determine if the many people that live in the world today are up to a million, which is a huge number in itself, let alone 7.5 billion. Quantifying things is a way to test things against others, and to comprehend the world. 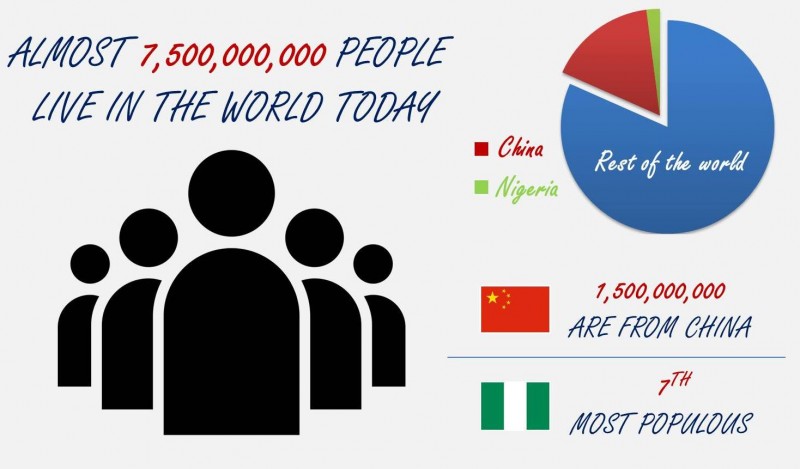 Even though mathematics as a discipline is much broader than just visualizing and manipulating numbers, you don’t have to be a maths wizard who sees numbers or Greek symbols when you close your eyes at night in order to be a good mathematician or scientist. Working with numbers is about practice, daily experience and familiarity with a few basic concepts. It gets easier as you spend more time doing some number-based tasks.

If you can tell time, count how many bananas are in a bunch or figure out how many biscuits you can buy with the little change in your pocket, then you’re probably better with numbers than you think.

We all use mathematics in the world today

Babies dies at a very high rate, with about 10 to 15 infants dying before their first birthday. Disease was much more common with about 500,000 malaria cases being recorded a year in the South of the United States in the early 1900s. 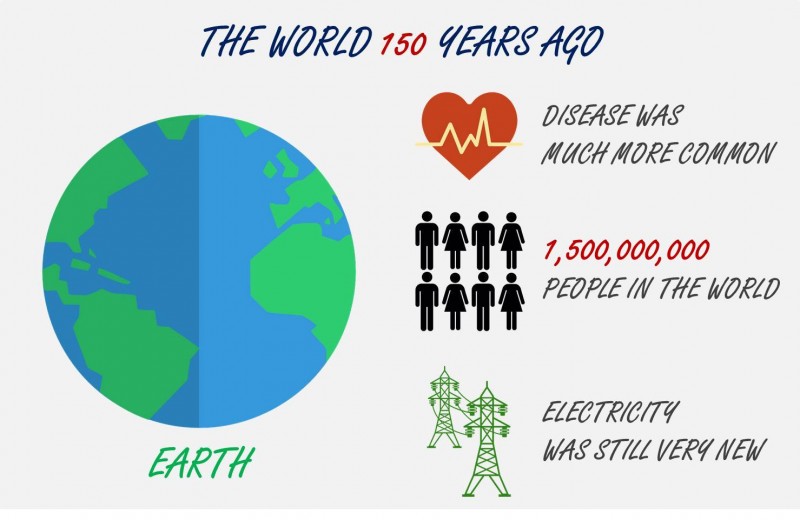 However, a lot has changed since then and most of our modern comforts and some amazing scientific discoveries have come about through the application of scientific thinking in medicine, engineering, and food science. This is wonderful but not without its risks. As astronomer, Carl Sagan describes, “we live in a society exquisitely dependent on science and technology, in which hardly anyone knows anything about science and technology.”

Numbers are everywhere, not just for us to count items from 1 to 20, or even to 500, but to describe the masses of atoms, the basis of matter all around us, or the amount of electric charge carried by electrons, the basis of electricity.

We see numbers everywhere today, not just in our schools, but in the media, in the market, and even in our daily lives. Numbers do really matter, and scientists expend a lot of effort quantifying the world in order to understand it. Because we all have to deal with numbers in today’s world and attempt to understand what they might mean, in some sense, we’re all mathematicians and scientists.

Exercise: Manipulating Numbers to Figure Out Number of Days

Try counting how many days there are until next week Friday. The answer will vary depending on what day it is today for you. The point is for you to think about how we approach this kind of tasks. How did you arrive at your answer? Did you use your fingers? Or, did you have a unique method? You can share your method in the comments section below.

This is a lesson from the tutorial, Introducing Numbers and you are encouraged to log in or register, so that you can track your progress.