Structure of the Commonwealth

Structure of the Commonwealth

Head of the Commonwealth

Under the formula of the London Declaration, Queen Elizabeth II is the Head of the Commonwealth, a title that is by law a part of Elizabeth’s royal titles in each of the Commonwealth realms, the 16 members of the Commonwealth that recognise the Queen as their monarch. When the monarch dies, the successor to the crown does not automatically become Head of the Commonwealth. However, at their meeting in April 2018, Commonwealth leaders agreed that Prince Charles should succeed his mother as head. The position is symbolic, representing the free association of independent members, the majority of which (31) are republics, and five have monarchs of different royal houses (Brunei, Eswatini, Lesotho, Malaysia, and Tonga).

The main decision-making forum of the organisation is the biennial Commonwealth Heads of Government Meeting (CHOGM), where Commonwealth heads of government, including (amongst others) prime ministers and presidents, assemble for several days to discuss matters of mutual interest. CHOGM is the successor to the Meetings of Commonwealth Prime Ministers and, earlier, the Imperial Conferences and Colonial Conferences, dating back to 1887. There are also regular meetings of finance ministers, law ministers, health ministers, etc. Members in arrears, as special members before them, are not invited to send representatives to either ministerial meetings or CHOGMs.

The head of government hosting the CHOGM is called the Commonwealth Chairperson-in-Office and retains the position until the following CHOGM. After the most recent CHOGM, in London, UK, from 18 to 20 April 2018 the UK’s prime minister, Theresa May, became the Chairperson-in-Office and will continue to hold the title until the next CHOGM, scheduled to take place in Rwanda in 2020.

The secretariat is headed by the Commonwealth Secretary-General who is elected by Commonwealth heads of government for no more than two four-year terms. The secretary-general and two deputy secretaries-general direct the divisions of the Secretariat. The present secretary-general is Patricia Scotland, Baroness Scotland of Asthal, from Dominica, who took office on 1 April 2016, succeeding Kamalesh Sharma of India (2008–2016). The first secretary-general was Arnold Smith of Canada(1965–75), followed by Sir Shridath Ramphal of Guyana (1975–90), Chief Emeka Anyaoku of Nigeria (1990–99), and Don McKinnon of New Zealand (2000–2008). 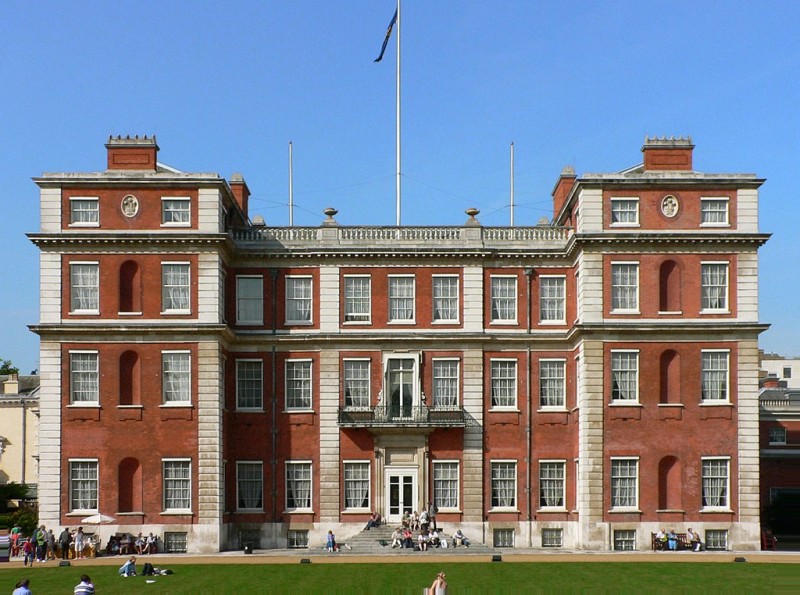