The African Union (AU) is a continental union consisting of 55 countries of the continent of Africa, with exception of various territories of European possessions located in Africa. The bloc was founded on 26 May 2001 in Addis Ababa, Ethiopia and launched on 9 July 2002 in South Africa. The intention of the AU is to replace the Organisation of African Unity (OAU), established on 25 May 1963 in Addis Ababa by 32 signatory governments. The most important decisions of the AU are made by the Assembly of the African Union, a semi-annual meeting of the heads of state and government of its member states. The AU’s secretariat, the African Union Commission, is based in Addis Ababa.

In result of its geographical location, the African Union has an area of around 29 million km2 (11 million sq mi) and includes popular world landmarks, including the Sahara and the Nile. They have adopted a gold, green and red based emblem and flag to represent the continental union, where they held a competition for citizens to design a flag in which they chose a submission to replace the old flag. Their main celebration occurs on Africa Day on 25 May. The primary languages spoken include Arabic, English, French and Portuguese and the languages of Africa. Within the African Union, there are official bodies such as the Peace and Security Council and the Pan-African Parliament. 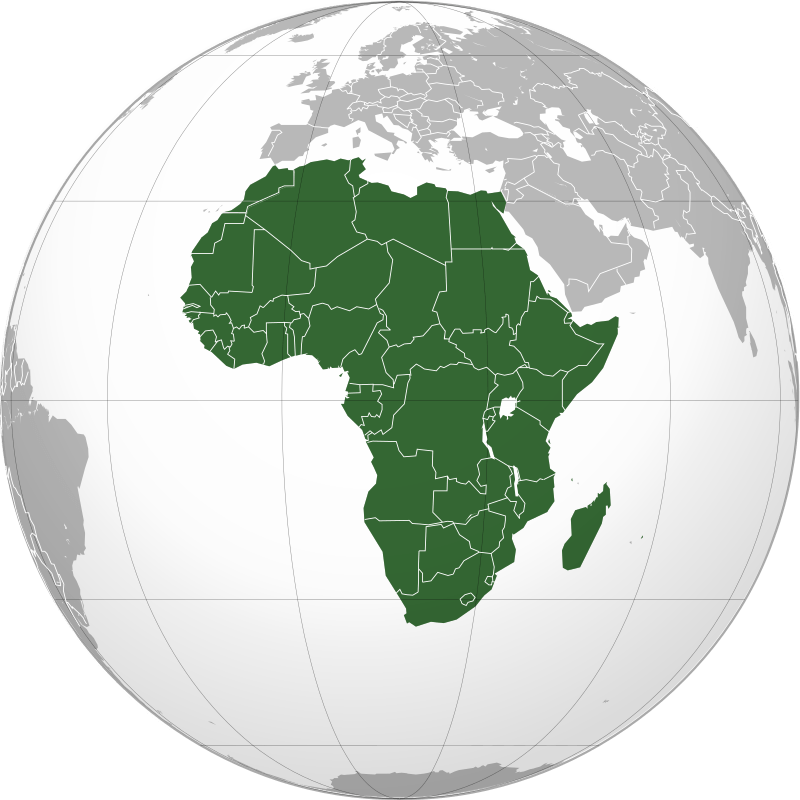 The advent of the African Union (AU) can be described as an event of great magnitude in the institutional evolution of the continent. On 9.9.1999, the Heads of State and Government of the Organisation of African Unity issued a Declaration (the Sirte Declaration) calling for the establishment of an African Union, with a view, inter alia, to accelerating the process of integration in the continent to enable it play its rightful role in the global economy while addressing multifaceted social, economic and political problems compounded as they are by certain negative aspects of globalisation.

The main objectives of the OAU were, inter alia, to rid the continent of the remaining vestiges of colonization and apartheid; to promote unity and solidarity among African States; to coordinate and intensify cooperation for development; to safeguard the sovereignty and territorial integrity of Member States and to promote international cooperation within the framework of the United Nations.

Indeed, as a continental organization the OAU provided an effective forum that enabled all Member States to adopt coordinated positions on matters of common concern to the continent in international fora and defend the interests of Africa effectively.

Through the OAU Coordinating Committee for the Liberation of Africa, the Continent worked and spoke as one with undivided determination in forging an international consensus in support of the liberation struggle and the fight against apartheid.

The African Union is a geo-political entity covering the entirety of the African continent. Its origin dates back to the First Congress of Independence African States, held in Accra, Ghana, from 15 to 22 April 1958. The conference aimed at forming the Africa Day to mark the liberation movement, each year, regarding the willingness of the African people to free themselves from foreign dictatorship, as well as subsequent attempts to unite Africa, including the Organisation of African Unity (OAU), which was established on 25 May 1963, and the African Economic Community in 1981. Critics argued that the OAU in particular did little to protect the rights and liberties of African citizens from their own political leaders, often dubbing it the “Dictators’ Club”.

The idea of creating the AU was revived in the mid-1990s under the leadership of Libyan head of state Muammar al-Gaddafi: the heads of state and government of the OAU issued the Sirte Declaration (named after Sirte, in Libya) on September 9, 1999 calling for the establishment of an African Union. The Declaration was followed by summits at Lomé in 2000, when the Constitutive Act of the African Union was adopted, and at Lusaka in 2001, when the plan for the implementation of the African Union was adopted. During the same period, the initiative for the establishment of the New Partnership for Africa’s Development (NEPAD), was also established.

"AU in a Nutshell" by African Union