Complement proteins perform several functions. The proteins serve as a marker to indicate the presence of a pathogen to phagocytic cells, such as macrophages and B cells, and enhance engulfment; this process is called opsonization. Certain complement proteins can combine to form attack complexes that open pores in microbial cell membranes. These structures destroy pathogens by causing their contents to leak, as illustrated in the figure below. 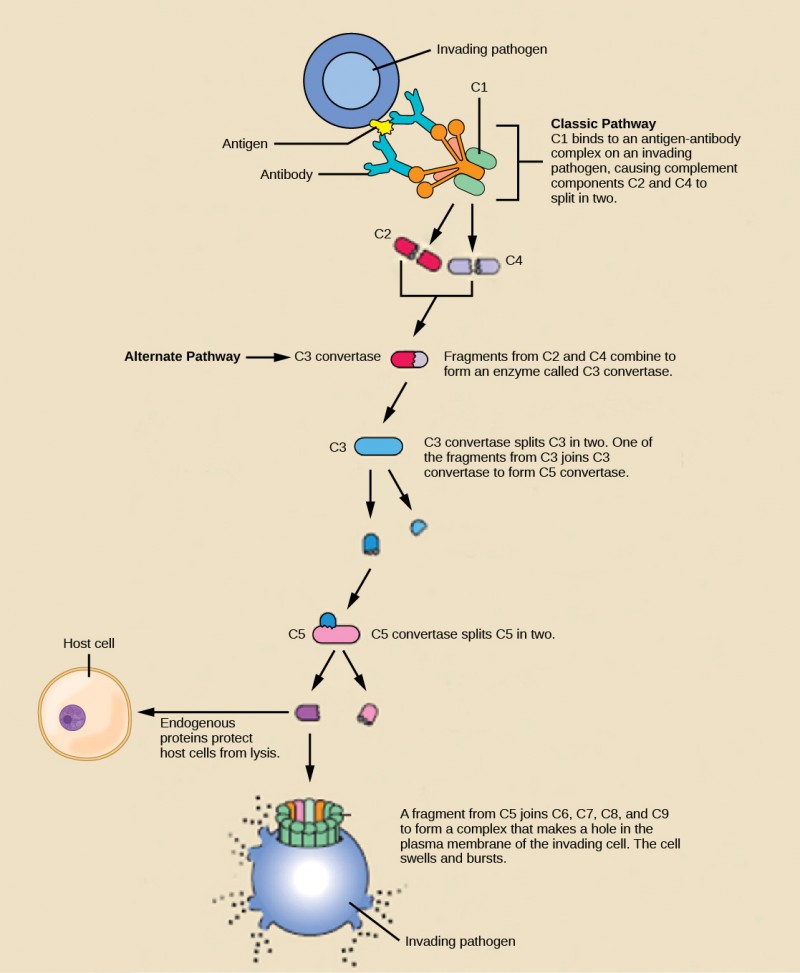 The classic pathway for the complement cascade involves the attachment of several initial complement proteins to an antibody-bound pathogen followed by rapid activation and binding of many more complement proteins and the creation of destructive pores in the microbial cell envelope and cell wall. The alternate pathway does not involve antibody activation. Rather, C3 convertase spontaneously breaks down C3. Endogenous regulatory proteins prevent the complement complex from binding to host cells. Pathogens lacking these regulatory proteins are lysed. (credit: modification of work by NIH)