How is it determined what’s waste and what’s not?

Shown above is a major process of maintaining homeostasis. Getting rid of waste and excess water. Such a basic process is actually very complex. It involves an intricate exchange of material through the kidney. 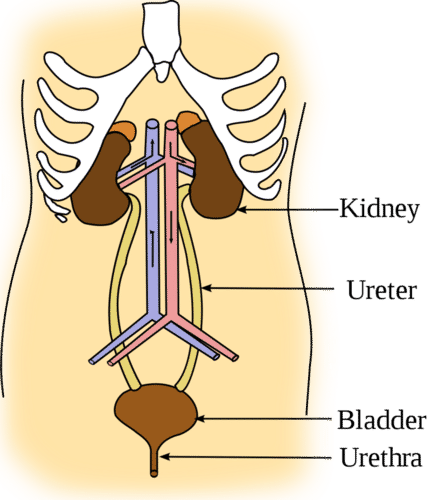 The kidneys are the chief organs of the urinary system.

The kidneys are a pair of bean-shaped organs just above the waist. A cross-section of a kidney is shown in the figure below. The function of the kidney is to filter blood and form urine. Urine is the liquid waste product of the body that is excreted by the urinary system. Nephrons are the structural and functional units of the kidneys. A single kidney may have more than a million nephrons! 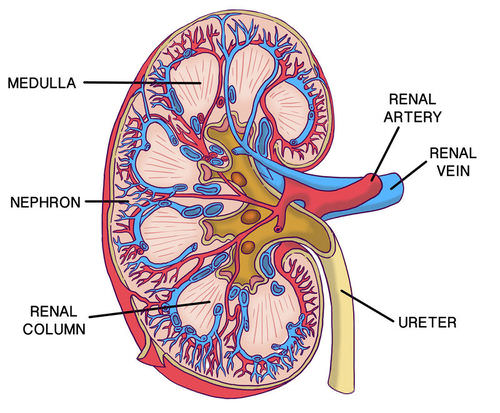 Each kidney is supplied by a renal artery and renal vein.

As shown in the figure below, each nephron acts as a tiny filtering plant. It filters blood and forms urine in the following steps: 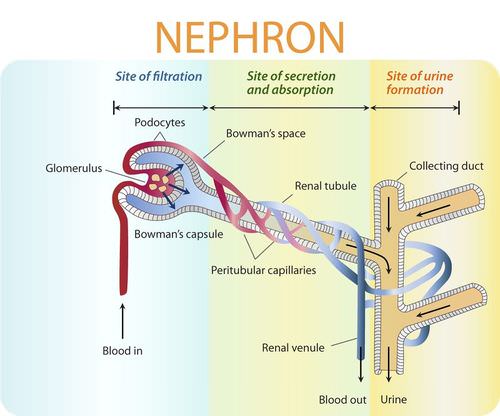 The parts of a nephron and their functions are shown in this diagram.

From the collecting ducts of the kidneys, urine enters the ureters, two muscular tubes that move the urine by peristalsis to the bladder (see the figure above). The bladder is a hollow, sac-like organ that stores urine. When the bladder is about half full, it sends a nerve impulse to a sphincter to relax and let urine flow out of the bladder and into the urethra. The urethra is a muscular tube that carries urine out of the body. Urine leaves the body through another sphincter in the process of urination. This sphincter and the process of urination are normally under conscious control.