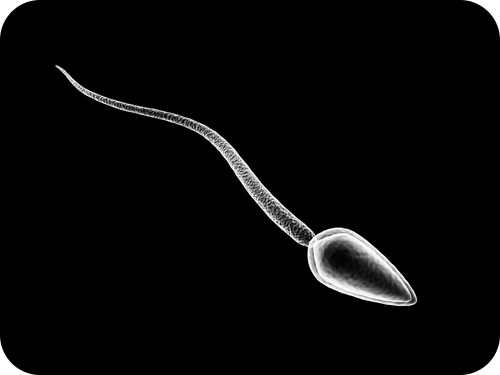 How many sperm does it take to fertilize an egg?

Production and Delivery of Sperm

A sexually mature male produces an astounding number of sperm—typically, hundreds of millions each day! Sperm production usually continues uninterrupted until death, although the number and quality of sperm decline during later adulthood.

The process of producing mature sperm is called spermatogenesis. Sperm are produced in the seminiferous tubules of the testes and become mature in the epididymis. The entire process takes about 9 to 10 weeks.

If you look inside the seminiferous tubule shown in the figure below, you can see cells in various stages of spermatogenesis. The tubule is lined with spermatogonia, which are diploid, sperm-producing cells. Surrounding the spermatogonia are other cells. Some of these other cells secrete substances to nourish sperm, and some secrete testosterone, which is needed for sperm production. 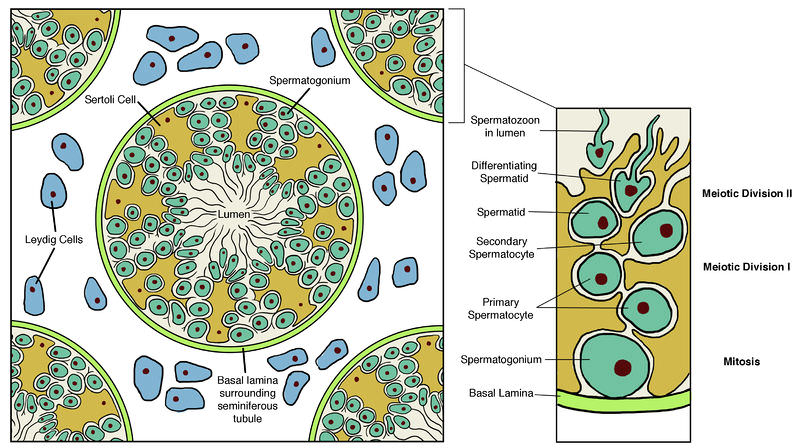 Seminiferous Tubule. Cross section of a testis and seminiferous tubules.

After spermatids form, they move into the epididymis to mature into sperm, like the one shown in the figure below. The spermatids grow a tail and lose excess cytoplasm from the head. When a sperm is mature, the tail can rotate like a propeller, so the sperm can propel itself forward. Mitochondria in the connecting piece produce the energy (ATP) needed for movement. The head of the mature sperm consists mainly of the nucleus, which carries copies of the father’s chromosomes. The part of the head called the acrosome produces enzymes that help the sperm head penetrate an egg.

Mature Sperm Cell. A mature sperm cell has several structures that help it reach and penetrate an egg. These structures include the tail, mitochondria, and acrosome. How does each structure contribute to the sperm’s function?