What does “safe sex” truly mean?

“Safe Sex.” The thought of a sexually transmitted infection should be enough to make you think about and believe in this saying.

To be considered an STI, an infection must have only a small chance of spreading naturally in ways other than sexual contact. Some infections that can spread through sexual contact, such as the common cold, spread more commonly by other means. These infections are not considered STIs.

Pathogens that Cause STIs

STIs may be caused by several different types of pathogens, including protozoa, insects, bacteria, and viruses. For example: 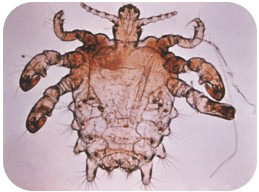 Pubic lice like this one are only about as big as the head of a pin.

Most STIs are caused by bacteria or viruses. Bacterial STIs can be cured with antibiotics. Viral STIs cannot be cured. Once you are infected with a viral STI, you are likely to be infected for life.

Why are STIs common in young people? One reason is that young people often take risks. They may think, “It can’t happen to me.” They also may not know how STIs are spread, so they don’t know how to protect themselves. In addition, young people may have multiple sexual partners.

The only completely effective way to prevent infection with STIs is to avoid sexual contact and other risky behaviors. Using condoms can lower the risk of becoming infected with STIs during some types of sexual activity. However, condoms are not foolproof. Pathogens may be present on areas of the body not covered by condoms. Condoms can also break or be used incorrectly.