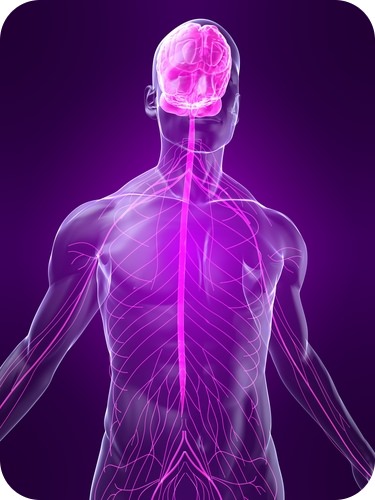 How does the signal get to your toes?

If the brain controls practically everything, how does the signal get to your toes? Or your legs? Or arms? By way of the peripheral nervous system, or all the nerves shown here other than the brain and spinal cord. Notice how they go everywhere. 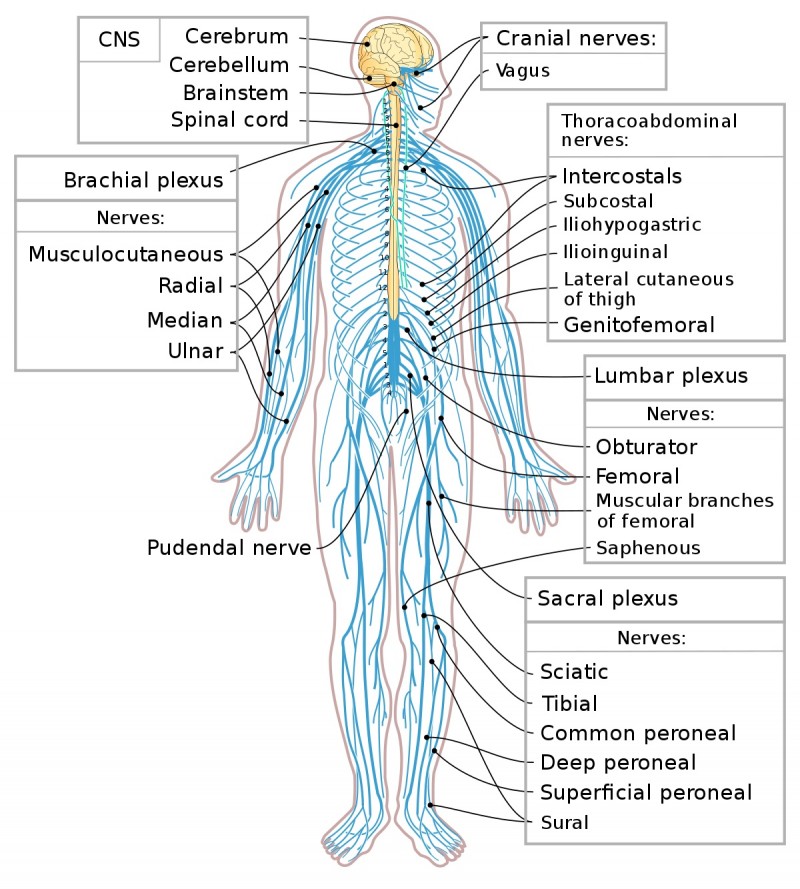 The nerves of the peripheral nervous system are shown in blue in this image. Can you identify the sciatic nerve?

The somatic nervous system also controls some unconscious movements, called reflexes. A reflex is a very rapid motor response that is not directed by the brain. In a reflex, nerve impulses travel to and from the spinal cord in a reflex arc, like the one in the figure below. In this example, the person jerks his hand away from the flame without any conscious thought. It happens unconsciously because the nerve impulses bypass the brain. 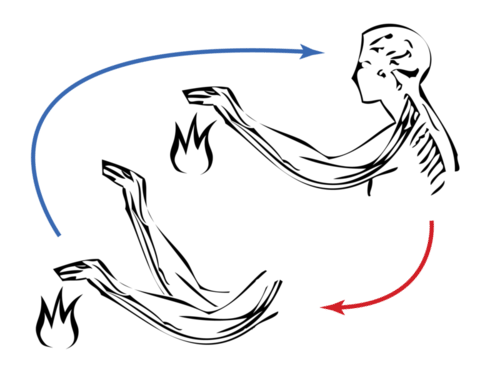 A reflex arc like this one enables involuntary actions. How might reflex responses be beneficial to the organism?

All other involuntary activities not under conscious control are the responsibility of the autonomic nervous system (ANS). Nerves of the ANS are connected to glands and internal organs. They control basic physical functions such as heart rate, breathing, digestion, and sweat production. The autonomic nervous system also has two subdivisions: the sympathetic division and the parasympathetic division.

Science : The Agony and Ecstasy of Capsaicin

Have you ever tasted something spicy? In this video by Science Friday, Dr. Marco Tizzano discusses how capsaicin creates the burning sensation that some people enjoy.