What’s the most important part of the female menstrual cycle?

A menstrual cycle calendar. A lot of things to keep track of. And for a few very important reasons, it is important to know when a woman is ovulating. But what’s the most important part of the female menstrual cycle? That depends on who you ask.

Ovulation, the release of an egg from an ovary, is part of the menstrual cycle, which typically occurs each month in a sexually mature female unless she is pregnant. Another part of the cycle is the monthly period, or menstruation. Menstruation is the process in which the endometrium of the uterus is shed from the body. The menstrual cycle is controlled by hormones from the hypothalamus, pituitary gland, and ovaries.

Phases of the Menstrual Cycle

As shown in the figure below, the menstrual cycle occurs in several phases. The cycle begins with menstruation. During menstruation, arteries that supply the endometrium of the uterus constrict. As a result, the endometrium breaks down and detaches from the uterus. It passes out of the body through the vagina over a period of several days. 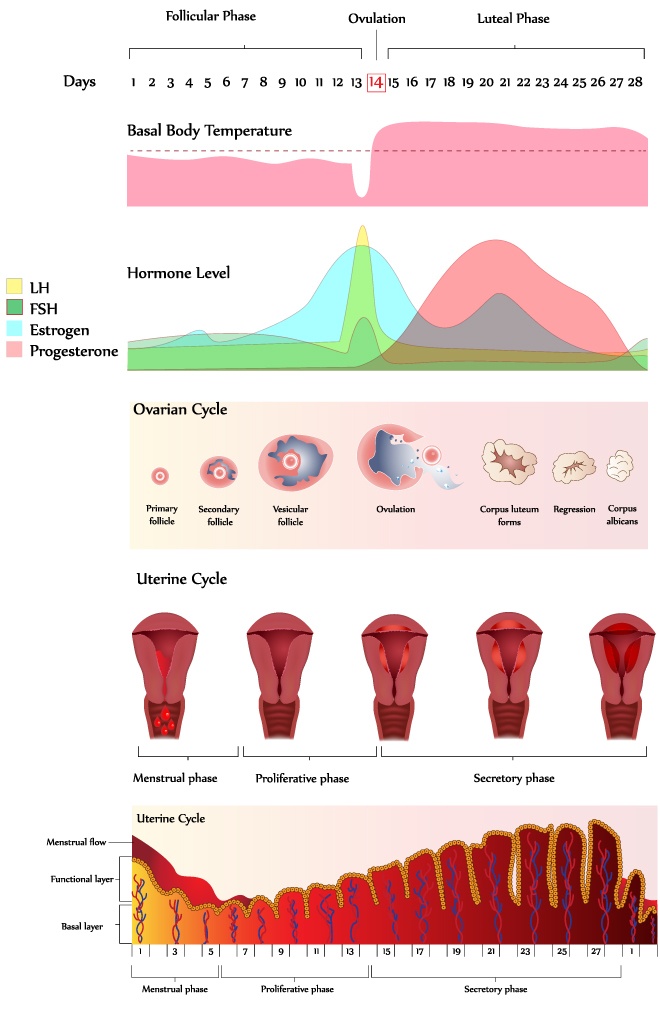 Phases of the Menstrual Cycle. The menstrual cycle occurs in the phases shown here.

For most women, menstrual cycles continue until their mid- or late- forties. Then women go through menopause, a period during which their menstrual cycles slow down and eventually stop, generally by their early fifties. After menopause, women can no longer reproduce naturally because their ovaries no longer produce eggs.