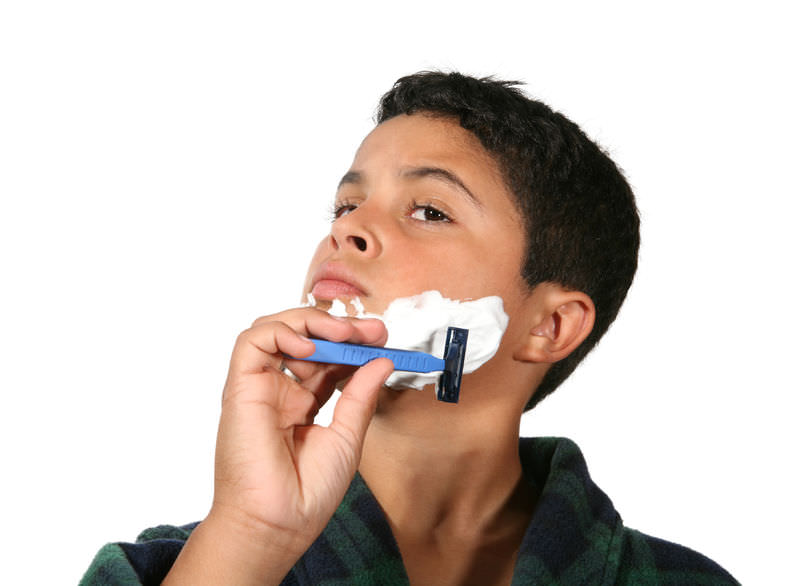 What changes happen during puberty?

A lot changes during this time. A boy has to start shaving, his voice deepens, he gets taller, as well as a few other changes.

Puberty and Its Changes

The reproductive organs grow very slowly during childhood and do not mature until puberty. Puberty is the period during which humans become sexually mature. In the U.S., boys generally begin puberty at about age 12 and complete it at about age 18.

What causes puberty to begin? The hypothalamus in the brain “tells” the pituitary gland to secrete hormones that target the testes. The main pituitary hormone involved is luteinizing hormone (LH). It stimulates the testes to secrete testosterone. Testosterone, in turn, promotes protein synthesis and growth. It brings about most of the physical changes of puberty, some of which are shown in the figure below. In addition to the changes shown below, during puberty male facial hair begins to grow, the shoulders broaden, and the male voice deepens.

Some of the changes that occur in boys during puberty are shown in this figure. Pubic hair grows, and the penis and testes both become larger.

Another obvious change that occurs during puberty is rapid growth. This is called the adolescent growth spurt. In boys, it is controlled by testosterone. The rate of growth usually starts to increase relatively early in puberty. At its peak rate, growth in height is about 10 centimeters (almost 4 inches) per year in the average male. Growth generally remains rapid for several years. Growth and development of muscles occur toward the end of the growth spurt in height. Muscles may continue to develop and gain strength after growth in height is finished.