How is the human body similar to a well-tuned machine?

Many people have compared the human body to a machine. Think about some common machines, such as drills and washing machines. Each machine consists of many parts, and each part does a specific job, yet all the parts work together to perform an overall function. The human body is like a machine in all these ways. In fact, it may be the most fantastic machine on Earth.

The human machine is organized at different levels, starting with the cell and ending with the entire organism (see the figure below). At each higher level of organization, there is a greater degree of complexity. 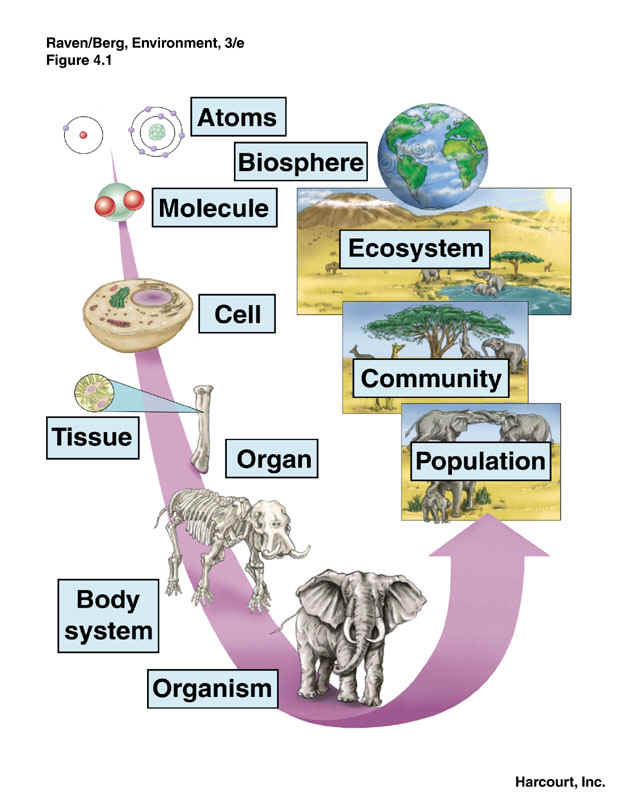 The human organism has several levels of organization.

The most basic parts of the human machine are cells—an amazing 100 trillion of them by the time the average person reaches adulthood! Cells are the basic units of structure and function in the human body, as they are in all living things. Each cell carries out basic life processes that allow the body to survive. Many human cells are specialized in form and function, as shown in the figure below. Each type of cell in the figure plays a specific role. For example, nerve cells have long projections that help them carry electrical messages to other cells. Muscle cells have many mitochondria that provide the energy they need to move the body. 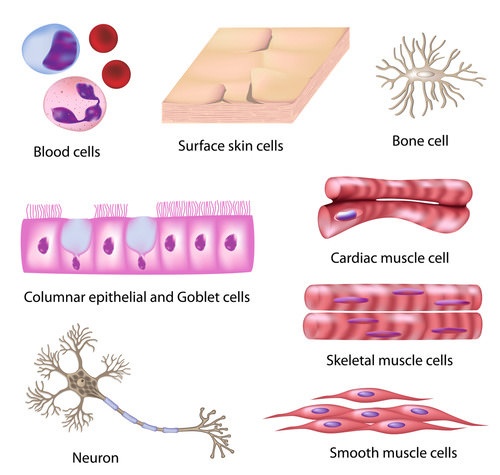 Different types of cells in the human body are specialized for specific jobs. Do you know the functions of any of the cell types shown here?

After the cell, the tissue is the next level of organization in the human body. A tissue is a group of connected cells that have a similar function. There are four basic types of human tissues: epithelial, muscle, nervous, and connective tissues. These four tissue types, which are shown in the figure below, make up all the organs of the human body. 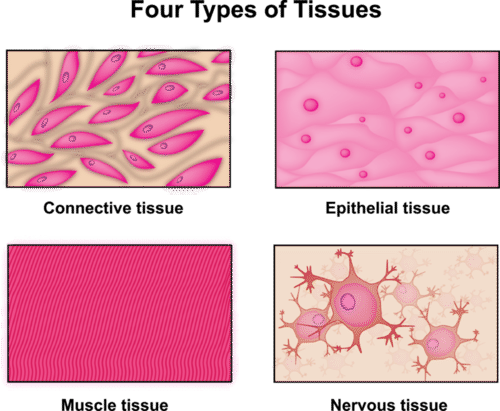 The human body consists of these four tissue types.

After tissues, organs are the next level of organization of the human body. An organ is a structure that consists of two or more types of tissues that work together to do the same job. Examples of human organs include the brain, heart, lungs, skin, and kidneys. Human organs are organized into organ systems, many of which are shown in the figure below. An organ system is a group of organs that work together to carry out a complex overall function. Each organ of the system does part of the larger job. 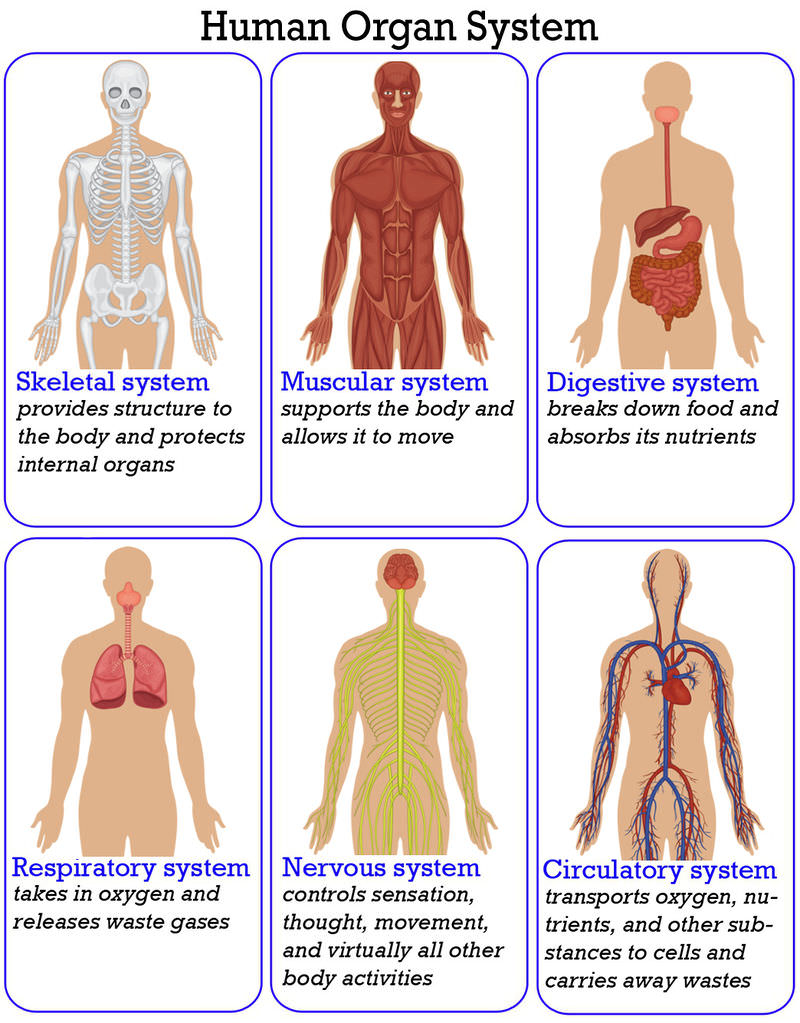 Many of the organ systems that make up the human body are represented here. What is the overall function of each organ system?

Your body’s 12 organ systems are shown below (see the table below). Your organ systems do not work alone in your body. They must all be able to work together. For example, one of the most important functions of organ systems is to provide cells with oxygen and nutrients and to remove toxic waste products such as carbon dioxide. A number of organ systems, including the cardiovascular and respiratory systems, all work together to do this.