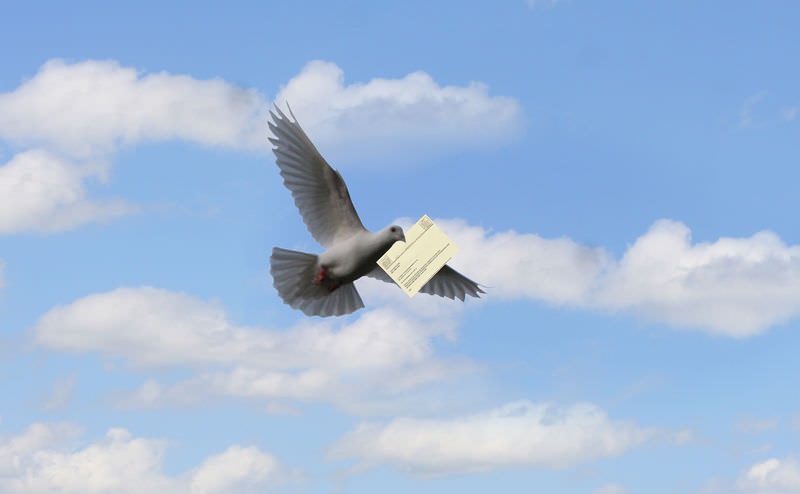 This messenger pigeon is delivering a letter, making sure it gets to where it needs to go. It could be said that hormones are biological messengers, and they originate from the endocrine system. The nervous system isn’t the only message-relaying system of the human body. The endocrine system also carries messages. The endocrine system is a system of glands that release chemical messenger molecules into the bloodstream. The messenger molecules are hormones. Hormones act slowly compared with the rapid transmission of electrical messages by the nervous system. They must travel through the bloodstream to the cells they affect, and this takes time. On the other hand, because endocrine hormones are released into the bloodstream, they travel throughout the body. As a result, endocrine hormones can affect many cells and have body-wide effects.

Glands of the Endocrine System

The major glands of the endocrine system are shown in the figure below. 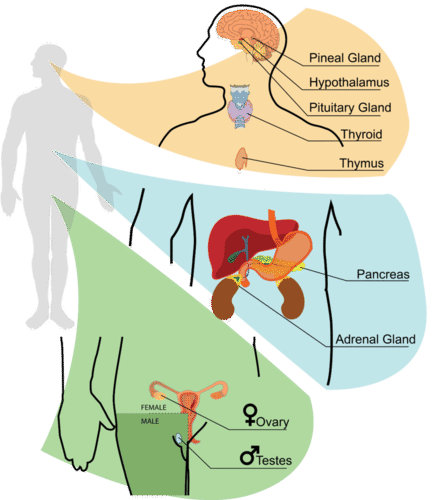 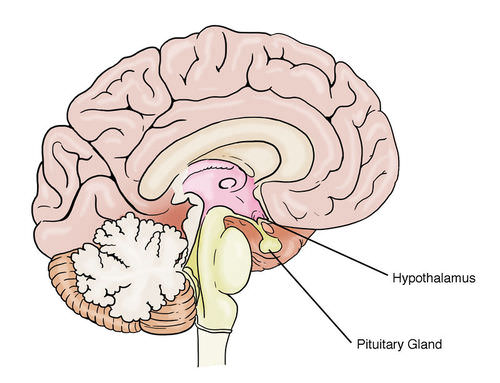 The hypothalamus and pituitary gland are located close together at the base of the brain.

Other glands of the endocrine system are described below. You can refer to the figure above to see where they are located.