What exactly is blood?

All your cells need oxygen, as oxygen is the final electron acceptor during cellular respiration. How do they get this oxygen? From blood. Blood cells flow through the vessels of the human circulatory system. But what exactly is blood? It does transport oxygen, but also has other functions.

Blood is a fluid connective tissue. It circulates throughout the body through blood vessels by the pumping action of the heart. Blood in arteries carries oxygen and nutrients to all the body’s cells. Blood in veins carries carbon dioxide and other wastes away from the cells to be excreted. Blood also defends the body against infection, repairs body tissues, transports hormones, and controls the body’s pH.

The fluid part of blood is called plasma. It is a watery golden-yellow liquid that contains many dissolved substances and blood cells. Types of blood cells in plasma include red blood cells, white blood cells, and platelets (see the figure below). 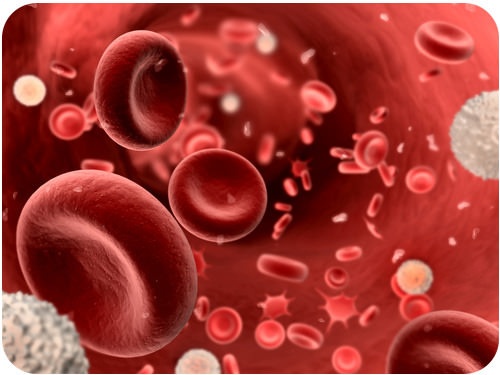 Blood type is a genetic characteristic associated with the presence or absence of certain molecules, called antigens, on the surface of red blood cells. The most commonly known blood types are the ABO and Rhesus blood types.

Blood type is important for medical reasons. A person who needs a blood transfusion must receive blood that is the same type as his or her own. Otherwise, the transfused blood may cause a potentially life-threatening reaction in the patient’s bloodstream.

Leeches seem like disgusting creatures with little intelligence. But, in this video by , Dr. Mark Siddall discusses his research on leeches and some of their interesting properties.