So how does a scientist work with DNA?

It always starts with the sequence. Once the sequence is known, so much more can be done. Specific regions can be isolated, cloned, amplified, and then used to help us.

Biotechnology uses a variety of techniques to achieve its aims. Two commonly used techniques are gene cloning and the polymerase chain reaction.

Gene cloning is the process of isolating and making copies of a gene. This is useful for many purposes. For example, gene cloning might be used to isolate and make copies of a normal gene for gene therapy. Gene cloning involves four steps: isolation, ligation, transformation, and selection. 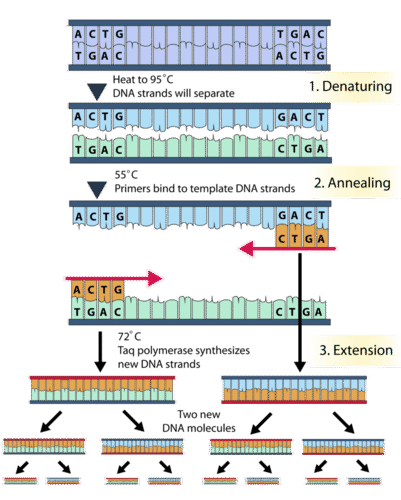 The Polymerase Chain Reaction. The polymerase chain reaction involves three steps. High temperatures are needed for the process to work. The enzyme Taq polymerase is used in step 3 because it can withstand high temperatures.