Most lipid hormones are derived from cholesterol and thus are structurally similar to it, as illustrated in the figure below. The primary class of lipid hormones in humans is the steroid hormones. Chemically, these hormones are usually ketones or alcohols; their chemical names will end in “-ol” for alcohols or “-one” for ketones. Examples of steroid hormones include estradiol, which is an estrogen, or female sex hormone, and testosterone, which is an androgen, or male sex hormone. These two hormones are released by the female and male reproductive organs, respectively.

Other steroid hormones include aldosterone and cortisol, which are released by the adrenal glands along with some other types of androgens. Steroid hormones are insoluble in water, and they are transported by transport proteins in blood. As a result, they remain in circulation longer than peptide hormones. For example, cortisol has a half-life of 60 to 90 minutes, while epinephrine, an amino acid derived-hormone, has a half-life of approximately one minute. 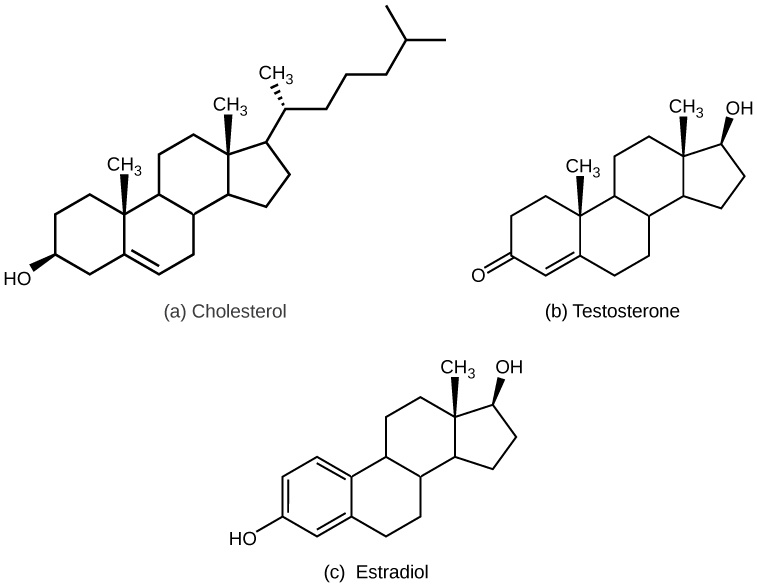 The structures shown here represent (a) cholesterol, plus the steroid hormones (b) testosterone and (c) estradiol.

This is a lesson from the tutorial, The Endocrine System and you are encouraged to log in or register, so that you can track your progress.