Charts are means of diagrammatic representation of statistical data to make them easily understood. Examples of charts are:

Bar Charts are made up of spaced rectangular bars which are of equal width and whose lengths are proportional to the quantities they represent.

Use the example below to plot a bar chart. 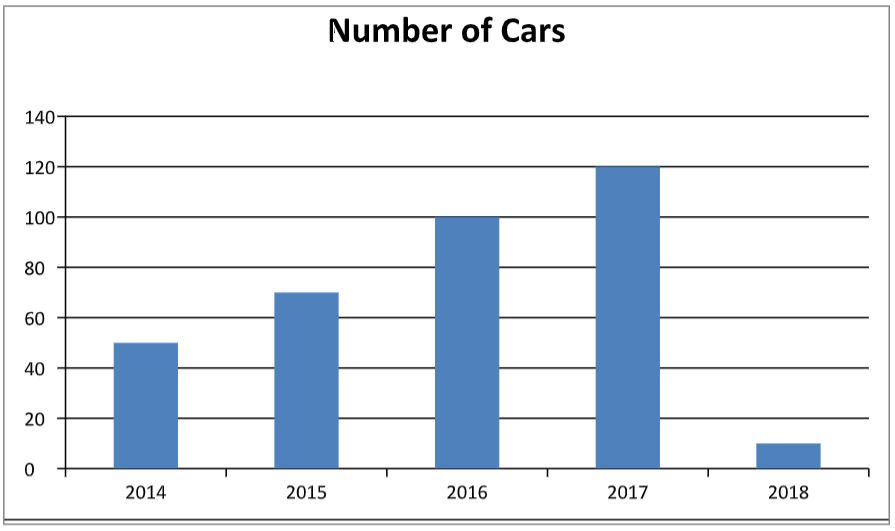 A pie chart is a simple circle which is divided into sections or sectors, each of which is proportional to the quantity of value it represents.

Eric, Alex, Fiona, and Sophie shared oranges in the following proportion: 16, 14, 18, and 12 respectively.
Use the above information to plot a pie chart. 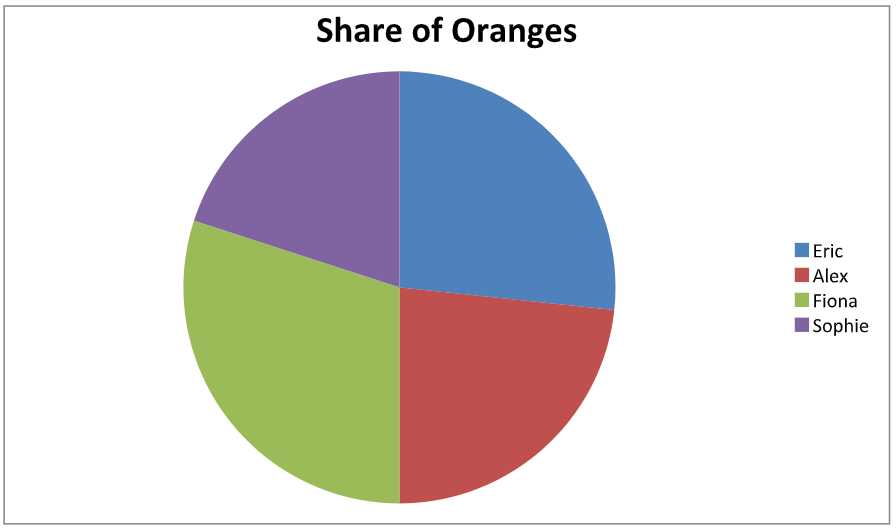 A histogram is a graphical representation of frequency distribution which is made up of rectangular bars that are joined together and they have their rectangles at the centre on the class mark (mid-point) of each interval.

1. The marks obtained by 62 students in an Economics test are as follows:

Score of Candidates of an Economics Test 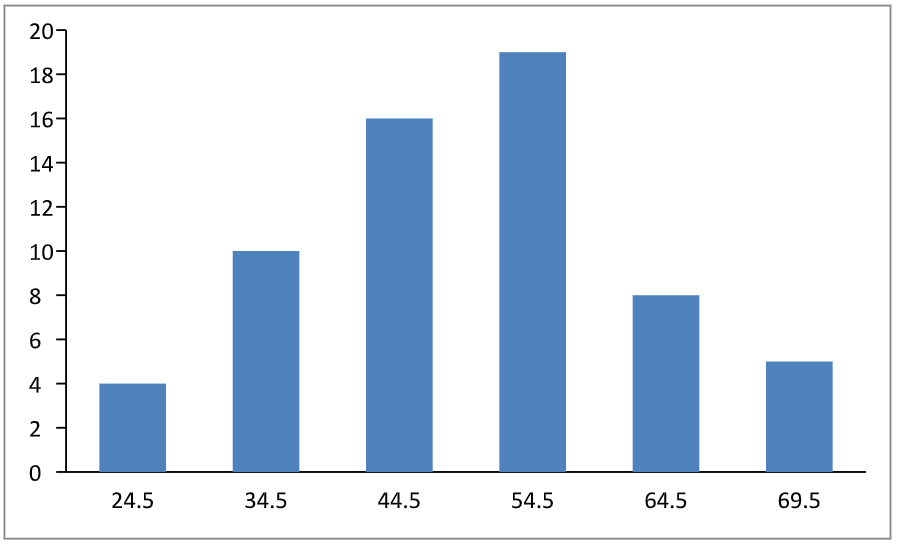 Note that for this to be a histogram, the rectangular bars are supposed to be joined together.

A component bar chart is a diagrammatic representation in which each bar is sub-divided into two (2) or more components as the case may be.

The values of different types of accounts held in Nigerian banks for the period of 1984 – 1988 are as follows: 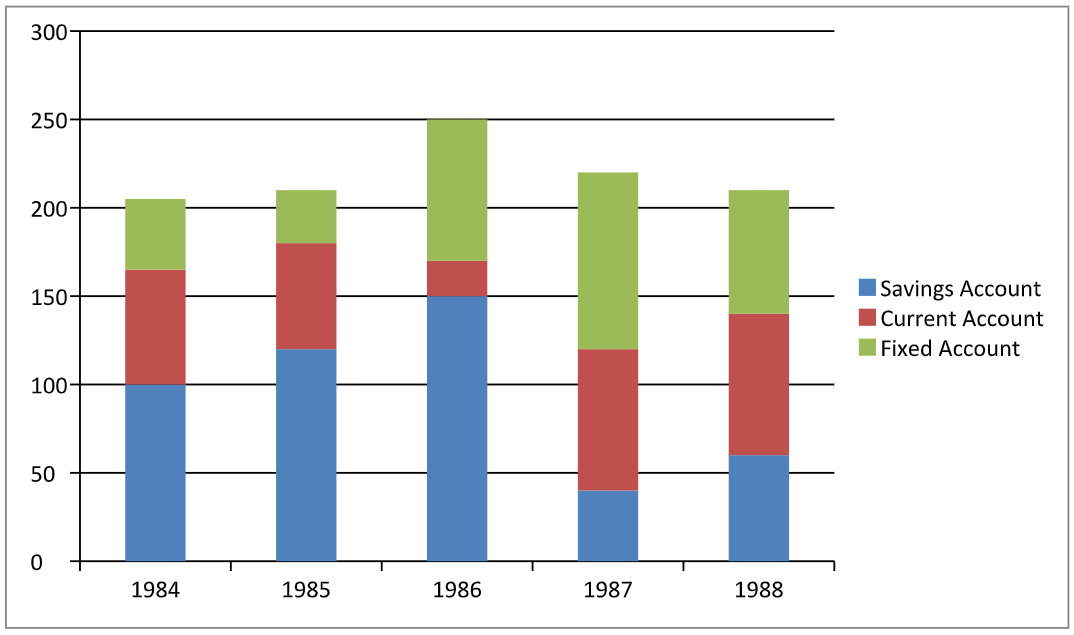 This article is licensed under a CC BY-NC-SA 4.0 license. Please see the details of the license for terms of reuse.

This is a lesson from the tutorial, Methods and Tools of Economic Analysis and you are encouraged to log in or register, so that you can track your progress.