Forest vs. desert. What explains these differences? 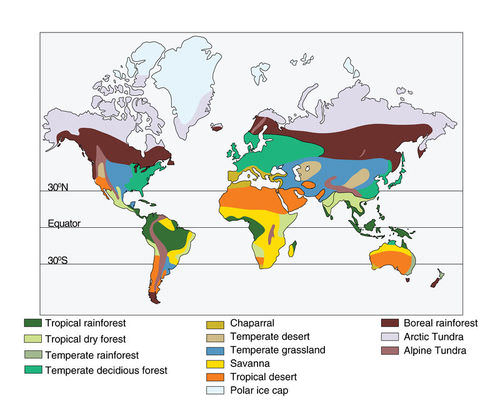 The following figures summarize the basic features of major terrestrial biomes. As you read about each biome, think about how its biodiversity and types of plants and animals relate to its climate. For example, why do you think there are no amphibians or reptiles in tundra biomes? (Hint: Amphibians and reptiles cannot maintain a constant body temperature. Instead, they have about the same temperature as their surroundings.)

A massive seed bank of desert wildflowers lies beneath Death Valley. This video by Science Friday shows that when heavy winter rains soak deep into the soil, these hidden wonders spring to life, in an event called a “superbloom”.