What may be the most common way different species interact?

Biomes as different as deserts and wetlands share something very important. All biomes have populations of interacting species. Species interact in the same basic ways in all biomes. For example, all biomes have some species that prey on others for food.

Predation is a relationship in which members of one species (the predator) consume members of another species (the prey). The lionesses and zebra in the figure below are classic examples of predators and prey. In addition to the lionesses, there is another predator in this figure. Can you spot it? The other predator is the zebra. Like the lionesses, it consumes prey species, in this case species of grass. However, unlike the lionesses, the zebra does not kill its prey. Predator-prey relationships such as these account for most energy transfers in food chains and food webs. 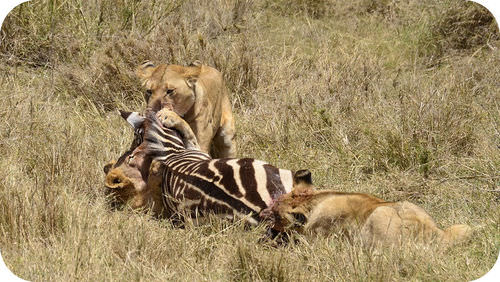 Predators and Their Prey. These lionesses feed on the carcass of a zebra. 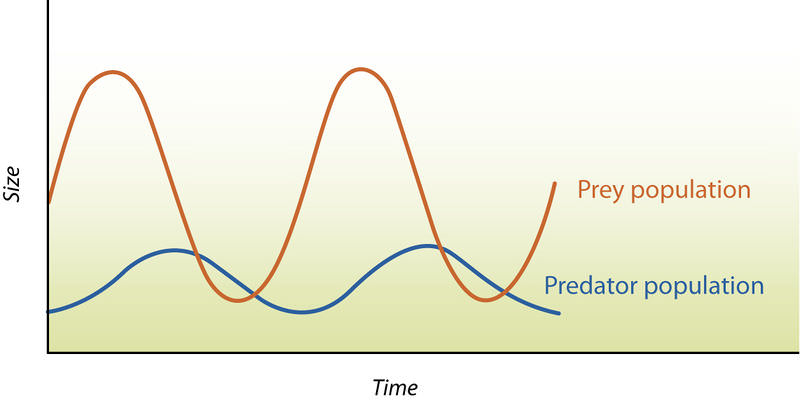 Predator-Prey Population Dynamics. As the prey population increases, why does the predator population also increase?

Camouflage in Predator and Prey Species. Can you see the crab in the photo on the left? It is camouflaged with the sand. The preying mantis in the middle photo looks just like the dead leaves in the background. Can you tell where one zebra ends and another one begins? This may confuse a predator and give the zebras a chance to run away.

Coral communities are incredibly important for marine life. In this video by , Marine John Bruno and Elizabeth Selig describe the effects of local Marine Protection Areas on preserving coral.