What lives in the forest?

Take a close look at this ecosystem. Obviously there are deer and many types of plants. But there are organisms that live there that cannot be seen in the picture. Many other animals, such as rabbits, mice, and countless insects. There are also bacteria and fungi. Add in the nonliving aspects of the area, such as the water, and you have an ecosystem.

Ecology is the study of how living things interact with each other and with their environment. It is a major branch of biology, but has areas of overlap with geography, geology, climatology, and other sciences. The study of ecology begins with two fundamental concepts in ecology: the ecosystem and their organisms.

An ecosystem is a unit of nature and the focus of study in ecology. It consists of all the biotic and abiotic factors in an area and their interactions. Ecosystems can vary in size. A lake could be considered an ecosystem. So could a dead log on a forest floor. Both the lake and log contain a variety of species that interact with each other and with abiotic factors. Another example of an ecosystem is pictured in the figure below. 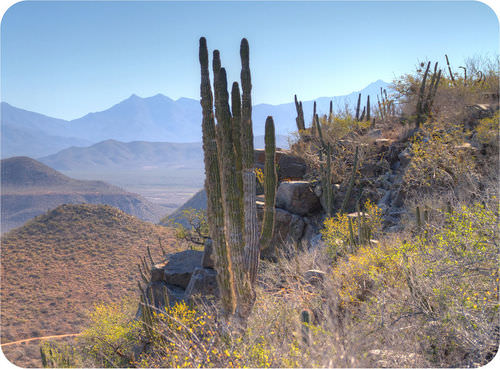 When it comes to energy, ecosystems are not closed. They need constant inputs of energy. Most ecosystems get energy from sunlight. A small minority get energy from chemical compounds. Unlike energy, matter is not constantly added to ecosystems. Instead, it is recycled. Water and elements such as carbon and nitrogen are used over and over again.

One of the most important concepts associated with the ecosystem is the niche. A niche refers to the role of a species in its ecosystem. It includes all the ways that the species interacts with the biotic and abiotic factors of the environment. Two important aspects of a species’ niche are the food it eats and how the food is obtained. Look at the figure below. It shows pictures of birds that occupy different niches. Each species eats a different type of food and obtains the food in a different way. 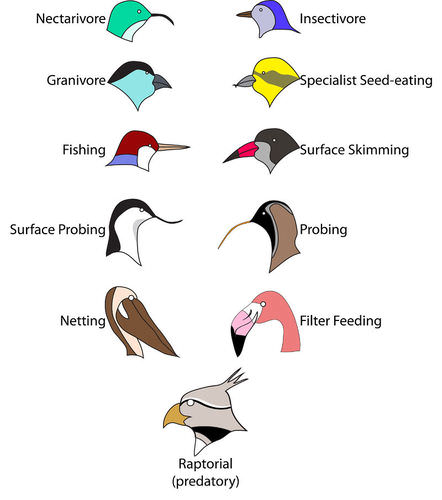 Another aspect of a species’ niche is its habitat. The habitat is the physical environment in which a species lives and to which it is adapted. A habitat’s features are determined mainly by abiotic factors such as temperature and rainfall. These factors also influence the traits of the organisms that live there.

A given habitat may contain many different species, but each species must have a different niche. Two different species cannot occupy the same niche in the same place for very long. This is known as the competitive exclusion principle. If two species were to occupy the same niche, what do you think would happen? They would compete with one another for the same food and other resources in the environment. Eventually, one species would be likely to outcompete and replace the other.