Temperate grasslands are found throughout central North America, where they are also known as prairies; they are also in Eurasia, where they are known as steppes (see the figure below). Temperate grasslands have pronounced annual fluctuations in temperature with hot summers and cold winters. The annual temperature variation produces specific growing seasons for plants. Plant growth is possible when temperatures are warm enough to sustain plant growth and when ample water is available, which occurs in the spring, summer, and fall. During much of the winter, temperatures are low, and water, which is stored in the form of ice, is not available for plant growth.

Annual precipitation ranges from 25 cm to 75 cm (9.8–29.5 in). Because of relatively lower annual precipitation in temperate grasslands, there are few trees except for those found growing along rivers or streams. The dominant vegetation tends to consist of grasses and some prairies sustain populations of grazing animals (see the figure below). The vegetation is very dense and the soils are fertile because the subsurface of the soil is packed with the roots and rhizomes (underground stems) of these grasses. The roots and rhizomes act to anchor plants into the ground and replenish the organic material (humus) in the soil when they die and decay. 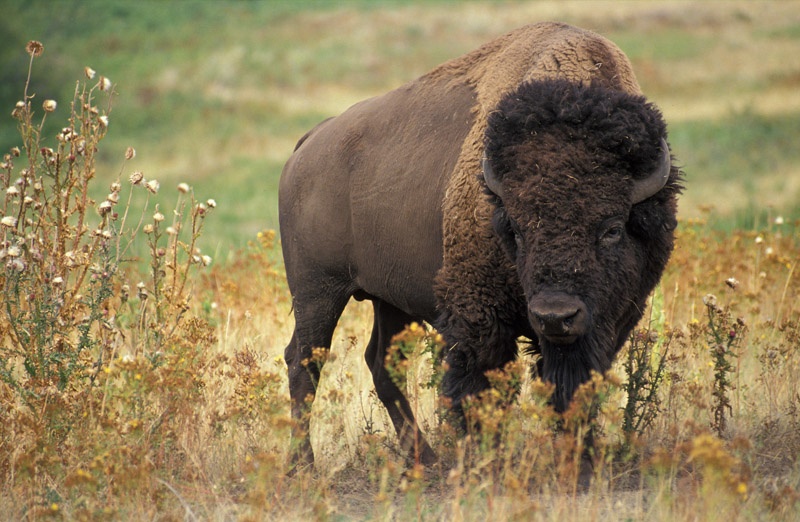